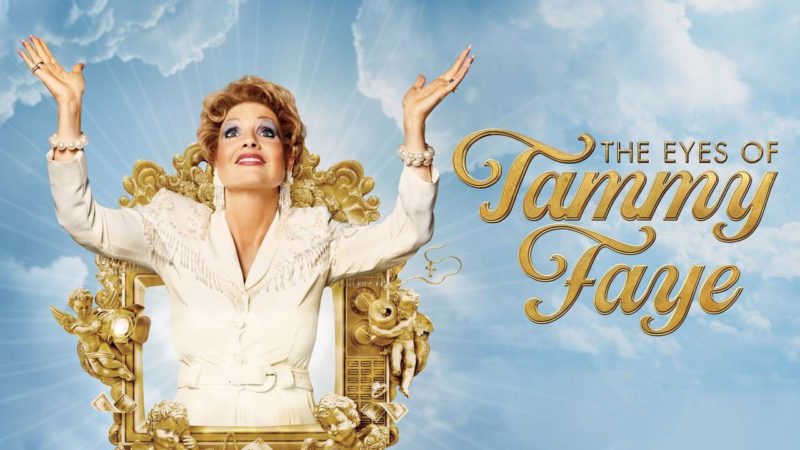 Released in theaters at the end of March, the award-winning film “The Eyes of Tammy Faye” lands today on Star Plus. Starring and produced by Jessica Chastain, the film explores the story behind the extraordinary rise, fall, and subsequent redemption of televangelist Tammy Faye Bakker, who with her husband, Jim Bakker, created the most important religious broadcast network of the 1970s. and 1980 in the United States.

Winner of two Oscars: Best Makeup and Hairstyle, and Best Actress, the film explores the lights and darks of the couple, which makes the content rich and without half measures.

Here, a brief review of each of the characters that existed in real life and who star in this true must see.

Born in Minnesota in 1942, Tammy Faye Bakker attended Central Bible College in Minneapolis and met Jim Bakker, who would become her husband, there. Together they began their evangelistic journey creating a ministry with which they toured the United States, with Jim as a preacher and Tammy as a singer and accordionist. Little by little, they set up the largest evangelical empire in the country, going through successive marital crises and numerous media scandals linked to infidelity and scams in the process. Divorced from Bakker and remarried to real estate developer Roe Messner, Tammy Faye passed away in 2007 after battling colon cancer for a decade.

To bring the film’s central character to life, Jessica Chastain immersed herself in all available television footage of Tammy Faye, studying her mannerisms and vocal inflections for six years. The actress also trained in singing, a field in which she had little professional experience. Above all, she worked carefully to achieve a performance that reflected the true spirit of the televangelist.

“Tammy Faye had nothing to do with the media caricature of her. She was the ordained pastor, Jim was not. She preached acceptance and compassion, and she was sincere. And that’s what I wanted people to see in this movie,” says Chastain.

Jim Bakker, the husband of Tammy Faye, was a repressed and suffering man who had lost his way, largely due to the abuse and neglect he had suffered in his childhood. When the religious broadcast network he built with Tammy Faye made him a millionaire, his success and wealth distorted her perception of his own faith, starting his downfall.

Andrew Garfield plays Jim Bakker in the film, giving a real class in screen acting. “Jim is actually a very complicated person. It was easy for me to fall in love with him. What he and Tammy did was very radical. They created an unusual alternative to other Christian television broadcasts of the time. They had a desire to heal people. Instead of waiting for joy in paradise, they advocated happiness here and now. His misfortune was that he lost sight of all that. But the fallibility of him is fascinating to me,” he explains.

Rachel: Religion as a guide

Rachel is the mother of Tammy Faye, a deeply religious and ultra-conservative woman who had never been fully accepted by the church, despite her devotion and commitment to her faith. Her divorce from Tammy’s father made her a perpetual outcast in her community. Later, when he moved in with his daughter and Jim during the height of his success, he became increasingly concerned that Tammy’s exuberant personality, prosperity dogma, and oversized lifestyle were the antithesis of Tammy’s. their Christian beliefs. Tammy Faye was deeply affected by her mother’s disapproval of her.

A key character in the story is Jerry Falwell, an ardent Bible fanatic who envies the success of the Bakkers. Although he feigns friendship with them, he sees them as Minnesotans and resents the fact that their show is so important and reaches so many audiences. He wants what they have and knows the only way to get it is to take away what they built. In a fraudulent move, Falwell ends up firing the Bakkers from his own network.

The role of Falwell is played by actor Vincent D’Onofrio, who comments on the character: “That whole world is weird because it’s like show business. Those televangelists are like actors. And Falwell is a kind of Judas. He befriends the Bakkers, gains their trust, and then says that he hardly knew them. The couple’s rise, his betrayal, and their fall, it’s all very Shakespearean.”

Gary Paxton and Roe Messner: The Other Loves of Tammy Faye

In addition to Jim, two other men had romantic ties with Tammy Faye. The first of them was Gary Paxton, a renowned singer and music producer played by musician Mark Wystrach. “Gary’s impact on the Bakkers’ lives was quite significant. The most important thing for her, actually, was the music. She ministered to her through music, and her relationship with Paxton making records had a huge impact on her life,” says Wystrach.

Roe Messner, meanwhile, was Tammy’s second husband and was heavily involved in the Bakkers’ financial and extramarital affairs. Following Tammy and Jim’s divorce from her, he married her in 1993. In the movie Roe, he is played by actor Sam Jaeger.