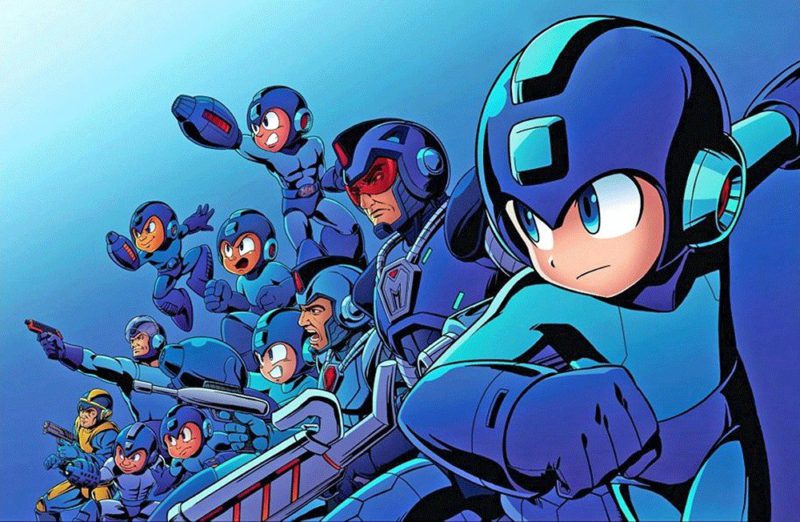 There have rumors hovering around that say a live-action mega man film is in the works and will be very soon heading towards Netflix.

Yes, you read that right the news was sourced from Rockman Corner on a recently updated version of Supermarche’s writing and directing team. The post mentions:

“Henry, Rel, and their in-house producer Orlee-Rose Strauss maintain an active development slate. Features in the works include: an adaptation of Capcom’s MEGA MAN for Chernin Entertainment and Netflix, which they wrote and are directing,”

The news for the live-action mega film has been circulating around for a time. In 2017 Schulman and Joost were also brought to write and direct the film for 20th Century Fox. However, after the production company Chernin Entertainment signed its first-look deal with Netflix in 2020, Disney placed the film turnaround and Netflix finally acquired the rights to join the film.

In fact, the IMDb fan page for mega movies has also listed Netflix some time we still don’t have any official word from the streamer. So here’s everything we know about the rumors so far.

Now, if you are very much aware of this,  Mega Man is one of the biggest games out of Capcom and it first saw the release in 1987 on the Nintendo Entertainment System. Later on, dozens of game releases and other forms of media formats were also released on the franchise till today.

History of The Mega Man Movie

If you will rewind, then you will remember that the second Mega Man movie has been in development for quite a long time. Earlier in 2015, Chernin Entertainment was also attached to a Mega Man live-action project which was going to release by 20th Century fox as we mentioned earlier. at that time Chernin Entertainment was notably working for and with 20th Century Fox.

A few days later it was announced that Ariel Schulman and Henry Joost are going to direct and write the project. Further reports also reported that Masi Oka would produce the movie and an additional writer was introduced, Mattson Tomlin.

Capcom also said that the movie will be an adaptation that will maintain the world of Mega man games while incorporating entertainment and production of great value for which all Hollywood movies are popular for. Since then the project has been incredibly quiet and work was happening below the radar. It was also announced that Disney scrapped the project in 2019 following its acquisition of 20th Century Fox.

But in April 2020 it was again announced that Chernin Entertainment was also signing a brand new first-look deal with Netflix. This led fans into speculations that the movie would somehow eventually move towards the streaming giant Netflix. However, just after that, there is complete radio silence until later that year.

Again news starting hovering around August 2020, Mattson Tomlin also spoke to Polygon briefly about the Megaman movie. In the statement, it was told that the Mega Man movie is still in the development phase and they did not mention when it will be landing on the series. Mattson said in his statement:  “universal and primal and emotional and everybody can kind of relate to” adding “I’m really excited about that script. I’m really excited about what the guys are going to do with that movie and hopefully, there’ll be some news about it soon.”

Then some eagle-eyed fans spotted a new update in December 20201 on Super Marche’s website. it is the main website of the production company helmed by Ariel Schulman and Henry Joost. We have already mentioned the post in the article. So after that, we can officially confirm that we will be seeing Mega Man coming to Netflix very soon.

The MPC (Moving Picture Company) is listed amongst the best special effects companies when it comes to movies on IMDb. But there is no official word of their involvement in the game and we are just hoping they will be included in the project. Because they have done many worth noting real-life shots in the form of animations that were quite appreciable.

Matt Tomlin was also asked about the movie on which he replied:

“I think it’s something that the kids will like. I don’t want to say what our comps are because it might betray a little bit too much, but it is not squarely in the kid territory. But I don’t think that that’s an R-rated movie either.”

So, this was all which we knew about the release news of the Mega man movie on Netflix. It is one of the most popular video game adaptions that will be coming to Netflix. are you excited about it? What are your views on it? Share your answers in the comments section below.