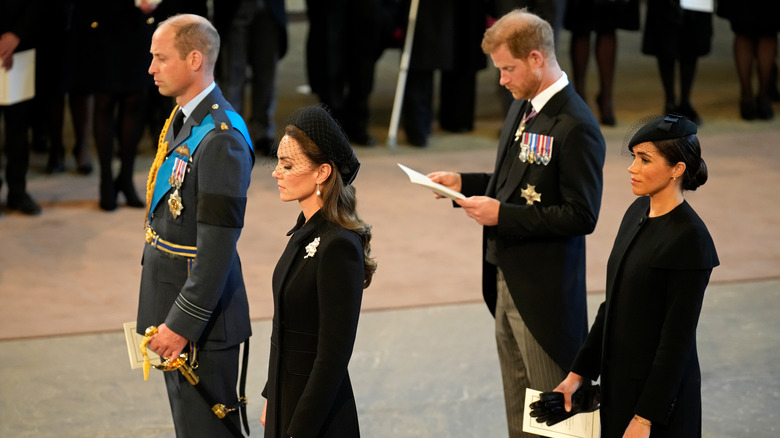 British writer Lady Colin Campbell has accused Meghan Markle of being a “poor pose” in the procession of the late queen Isabel II.

The author, socialite and television personality, launched a scathing attack on the Duchess of Sussex while being interviewed on ‘GB News’, thus causing a wave of reactions on social networks.

The former ‘I’m a Celebrity… Get Me Out Of Here’ contestant spoke to announcer Dan Wootton about the queen’s procession when he assured that he had found it “very moving”, adding: “I found it very beautiful to see all the younger ones and all their children walking so majestically as a sign of respect”.

The royal family, including King Charles and Prince William, walked behind Her Majesty’s coffin as it was carried through central London, from Buckingham Palace to Westminster Hall.

Nevertheless, Lady C was quick to turn her attention to Meghan, saying the rest of the Royal Family looked “heartbroken” as she just “posed”..

Read Also  'The Walking Dead' finishes recording the last chapter, and the imminent end draws near

“Honestly, I would have loved to have been a fly in the car with Sophie. [Wessex] and her because Sophie’s face was made of stone and Meghan was like a mannequin,” said the 73-year-old star.

He added, “I mean she was completely wrapped up in herself and trapped in her own world and posing. It was really embarrassing, it was so terrible, putting aside the fact that they have to grab each other like teenagers or dogs in heat. Everyone else’s behavior can be considered emotional, but hers is nothing but arrogant and selfish and frankly, as far as I’m concerned, in bad taste.”