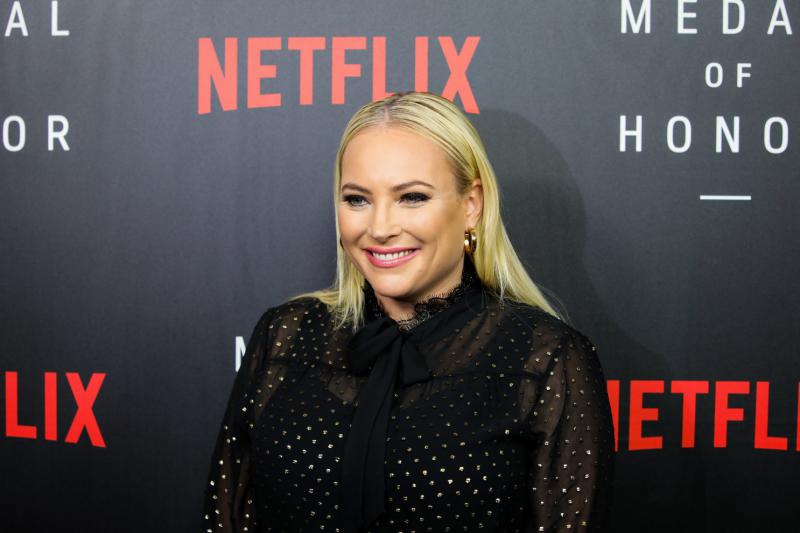 The conservative TV personality, Meghan, announced that she would be leaving The View on Thursday, July 1 after four seasons as a cohost. After leaving Fox News in 2017, Meghan joined The View in 2017. She said that she was here to inform her wonderful co-hosts as well as the viewers that this would be her last season on The View. Meghan will be finishing this season with her co-hosts and will remain there until July.

Since returning from maternity leave in January, the 36-year old daughter of John McCain has experienced a rough ride on the show. Joy Behar, a fellow co-host, said Meghan that she didn’t miss her during a live exchange.

The tension was discussed by Meghan on Watch What Happens Live a few days later. Andy Cohen asked Meghan about her difficult reentry into The View after she welcomed daughter Liberty in September. “It was really difficult to get back to work. I thought I would be back by the election… It’s been a lot.”

She was careful to not suggest she would be giving up her seat at the dinner table. She noted that she had missed “everyone”, even though some people weren’t missing her. “I miss the show. We are a family. All of these women attended my father’s funeral. We’ve all been through a lot together and I miss being there. I hope we can all be models for the country, myself included, as we go through so much together.

Meghan stated at the time that she was not “going anywhere” but now it is time for her to embark on a new journey. She said that it was not easy to leave, but she felt this was the right decision.

Valentina Ferrer and J Balvin Welcome Their First Baby Together