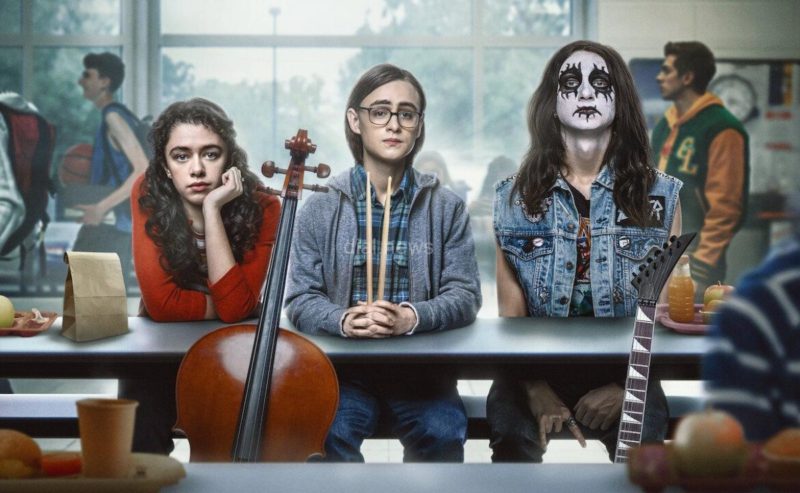 Those responsible for the HBO series, ‘Game of Thrones’, DB Weiss and David Benioff, present their new production, it is ‘Metal Lords’, a musical comedy film that is now available on the Netflix platform, and that pays homage to heavy metal and the huge fan base of heavy music.

The world of heavy metal is almost never represented in the cinema, few productions on this world have managed to stand out. ‘Metal Lords’ has reached the Netflix catalog, and aims to make a place for itself among musicals, based on strong guitar riffs, raspy voices, and drum pedals.

It might interest you: Game of Thrones: When does House of the Dragon come out?

In ‘Metal Lords’ we know the story of Hunter and Kevin, who are brought to life by Jaeden Martel, whom we met in the series ‘Stranger Things’, along with Adrian Greensmith, and Isis Hainsworth. Two outcast boys with a passion for heavy metal seek a bass player to join their group, so they can participate in the Battle of the Bands, and be adored by the entire school.

Read Also  Is it the end of the Arrowverse? The CW cancels 'Batwoman' and 'Legends of tomorrow'

It might interest you: Margot Robbie, a staunch heavy metal fan

But Hunter’s passion goes a little further, and Kevin, although he loves Heavy Metal, also tries to have a normal life, while the temperaments of each one will make the search for the bassist who can take them to stardom more difficult, while dealing with their own teenage problems.

‘Metal Lords’, the tribute to Heavy Metal on Netflix

If musical tapes of the style of ‘Scott Pilgrim vs The World’ or ‘Sing Street’ seemed too dramatic and syrupy to you, perhaps you can find in ‘Metal Lords’ the dose of heavy music you needed, with one of the most endearing trios, seasoned of a healthy dose of teen comedy.

However, ‘Metal Lords’ is closer to Richard Linklater’s ‘School of Rock’, than other films of the genre, where the soundtrack presents great classics of the genre such as Mötorhead, Black Sabbath, Metallica, Iron Maiden, among others. many other bands, which are integrated into the pantheon of metal.

Also, without wanting to spoil anything in the movie, if you’re a fan of the genre, you’ll find some of the craziest cameos. Although if you don’t like heavy metal, you can also enjoy ‘Metal Lords’, without knowing about this music, as it is a fun teen comedy that can be a gateway to new fans.