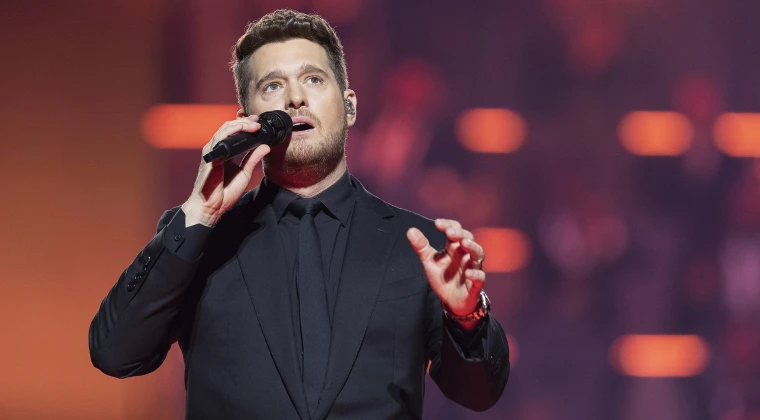 Michael Bublé is a Canadian songwriter, singer, actor, and record producer. He is known for his swing-style renditions of classic jazz standards as well as original pop material. Over 75 million records worldwide were sold by Michael Buble and is one of the top 10 best-selling Canadian artists. He has won numerous awards, including four Grammy Awards and multiple Juno Awards.

He got married to Argentinian actress and model Luisana Lopilato in 2011. They got married after getting engaged in 2009. They already have three kids together: Vida, Elias, and Noah. When in 2016 their eldest child Noah was diagnosed with liver cancer, the singer was forced to postpone his tour and all music-related plans while receiving chemo and radiation treatments. Since then, Noah has healed.

Michael Bublé and his wife, Luisana Lopilato, have four children. They are officially a family of six now. Noah Bublè is the oldest son, and he was born the year after their marriage. Elias Bublè and Vida Amber Betty Bublè were born in 2014 and 2018, respectively.

Read Also  Gossip Girl Reboot: Everything A Fan Must Know

In February, Michael shared that he would be a dad again in the music video for his single, “I’ll Never Not Love You.” The surprise news was revealed in a flash-forward scene showing Luisana pregnant alongside their three kids.

The couple welcomed their 4th child, the latest member of their family, on 19th August 2022. A baby girl named Cielo Yoli Rose. Regarding Cielo’s birth, they posted on social media, “From love comes life, light, and her… our baby Cielo Yoli Rose Bublé.”

The Honor and Memory of Newest Born

To honor his newest child, Michael Bublé got a new tattoo. Above the names of his other three children with his wife, Luisana Lopilato, the 47-year-old musician had the name of his fourth child, daughter Cielo, permanently engraved on his arm.

When discussing the experience on Instagram over the weekend, he stated in a video: “Hey everyone, I thought I’d take you on a little tattoo adventure. It’s time to have the fourth child’s name inked at ‘Tabua Tattoo Company.

The singer claims he preferred to keep with the name of his little girl, his daughter, even though a tattoo artist was seen trying to get him to get something bigger like a “monkey king” or “devil.”

Before displaying the completed piece, he made a lighthearted jest about the discomfort of obtaining a tattoo: “What if we just end (the tattoo)? Say we simply refer to her as C. I’ll just call my wife to see if C is a better name than Cielo.

Michael Bublè has a tattoo of all his children’s names on his arm. Cielo, his 4th child, is the latest addition.