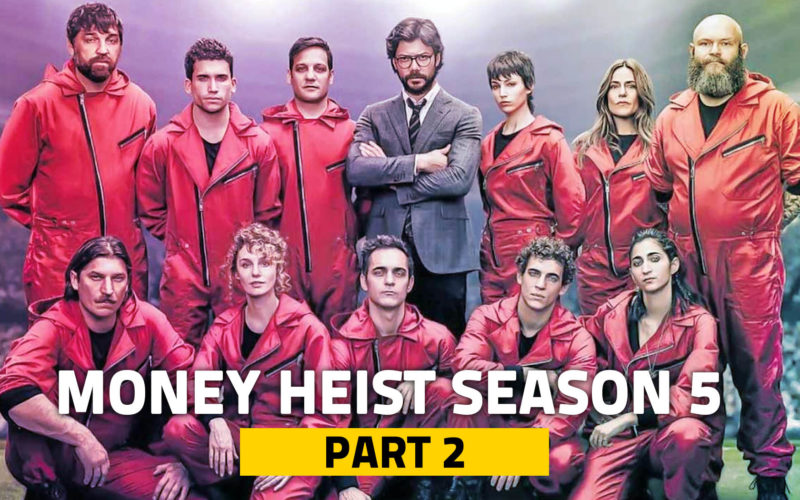 With the start of the new month, the fans of the famous Netflix thriller series Money Heist, also known in Spanish as La Casa de Papel, are boggled with anticipation to find out what would happen in the last season. What happens after Money Heist Season 5? Who will emerge victorious in the end? Now imagine yourself in the shoes of the fan. Money Heist Season 5 Vol is the fifth and final season of the Spanish television series. The remaining five episodes will be available on Netflix starting December 3. The show’s last part was shot on May 14 and was created by Alex Pina and produced by Vancouver Media. Season 5’s first volume debuted on September 3 of this year.

The characters and the viewers were horrified and moved by Tokyo’s death last season. Along with Nairobi’s death, her demise is predicted to damage the crew’s spirit in the final season. Will the heist team be killed, or will they make it out alive? This is a concern since the money held hostage is the only thing stopping Tamayo from dispatching the entire might of the police and army.

Season 5 of Money Heist contains a total of ten episodes. On September 3, the first five episodes of volume 1 were released. On December 3, the second volume of Money Heist Season 5 will be released. Money Heist, also known in Spanish as La Casa de Papel and translated as The House of Paper, has received multiple honors, including three International Emmy Awards for Best Drama Series. The themes, interpersonal dynamics, and directing of the robbery series are also well-known.

Netflix revealed in October that more than 60 million Netflix households had watched La Casa de Papel Part 5 in the first four weeks of the season, which began in September.

This will be the currency of the fourth season, viewed simultaneously by nearly 65 million Netflix families following its release.

The first trailer for volume 2 was released at the Netflix TUDUM event. The criminals debate how to leave and what to do with all the money as the Professor is strangely cut off from communications and the building is still surrounded by police.

“The world’s biggest heist is coming to a conclusion. Money Heist’s last season will premiere on December 3 and will be available exclusively on Netflix.”

What can you look forward to in Money Heist Part 5, Volume 2?

The reason for Alicia’s betrayal of the Professor is self-evident. The last thing she wants to do is spend the rest of her life fleeing the cops while attempting to raise her child. Colonel Tamayo’s good graces may be restored if she surrenders the Professor to the cops. 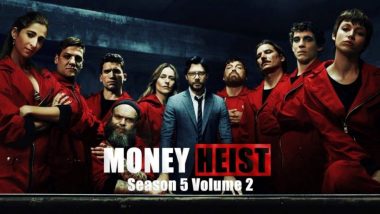 The cast of money heist volume 2

Ursula Corberó in the role of Tokyo
Itziar Ituo as Lisbon,
lvaro Morte as The Professor

Manila is played by Belén Cuesta.

Darko Peric in the role of Helsinki

There is no Early Access news regarding the release date review of Money Heist Season 5. Therefore, as per the news sources, Volume 2 premieres at 1:30 pm on Friday, December 3.

Bridgerton Season 2 Release Date: is it coming to Netflix in December 2021?