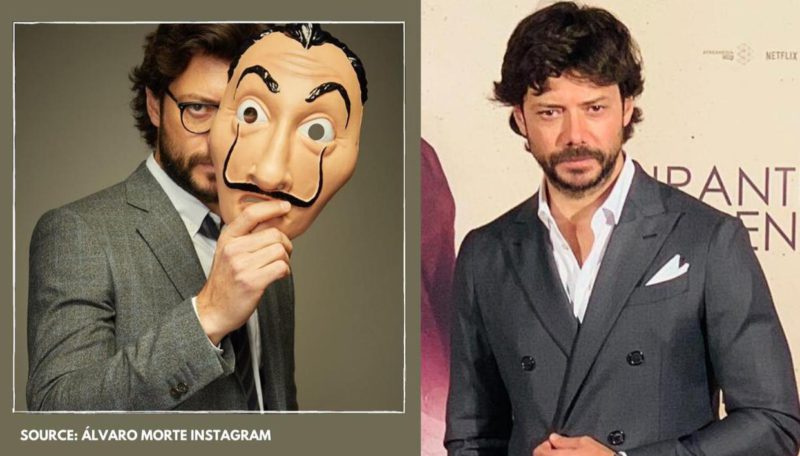 It was recently announced that Alvaro Morte from La Casa de Papel left the hit Netflix series to join a new project with Amazon Prime Video.

There is no doubt that La Casa de Papel has become one of Netflix’s most successful productions, and whose fifth season is yet to be released. However, it was recently announced that Alvaro Morte, who plays “The Professor”, left the series to join a new project with Amazon Prime Video.

But first, let’s remember that the fifth season of this successful Netflix series has generated great excitement among fans because to this day it is unknown what will happen to the main characters of this production.

Several theories have even been generated about the closure of this famous series, where many have pointed out that the “Professor” could suffer from a serious confrontation against the fearsome Inspector Alicia Sierra. Even more so when it has been revealed that the actor behind this character has left the production.

When does the fifth season of La Casa de Papel premiere?

When does the fifth season of this Netflix series premiere?

Although at first it was said that the fifth season of this famous Netflix series would premiere on April 30, a few days ago it was announced that the platform still did not have a specific date to launch the great outcome of this story.

However, it is known that this latest installment will involve several of the characters that have accompanied us since the launch of this production, including Alvaro Morte, who apparently has decided to join the competition of this streaming platform.

Who is Alvaro Morte?

Let us remember that Alvaro Morte obtained great international fame thanks to his role as The Professor in this successful Netflix series. Despite the great success obtained, it is known that this 46-year-old actor, after concluding his project with the platform, decided to join Amazon Prime Video, where he will be part of the series “Sin Limites”.

It is worth mentioning that the La Casa de Papel series was recently among the most prominent headlines of INSPIREDTRAVELER after its creator Alex Pina revealed that there is a possibility that this production will have a sixth season.