Munich – The Edge of War: Release Date, Cast, and Plot 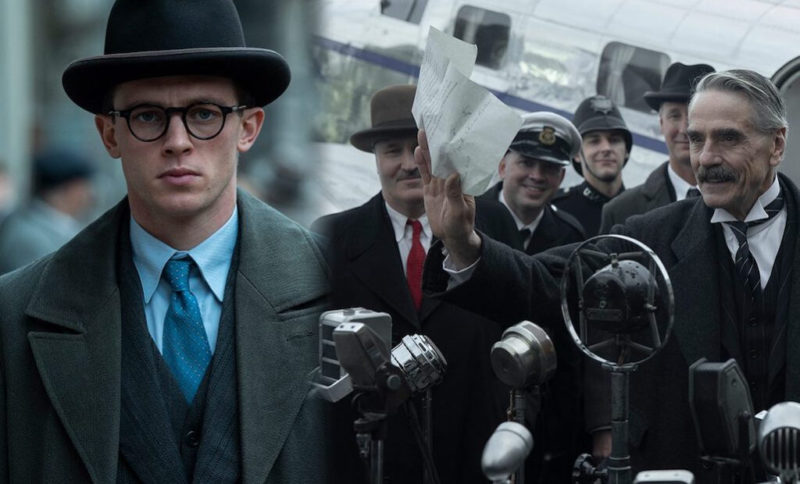 If history taught us anything, then it’s the amazing war movies that we can’t ever get enough of. Specifically when it comes to good world war-like movies that are in strict accordance with historical facts and figures. Munich-The Edge of War is quite a similar one and is one of the most anticipated films so far that has kept the audience occupied.

The movie “Munich: The Edge of War” is one of the most well-received premieres at the 2021 London Film Festival. So it is pretty safe today that the movie has become one of the most hotly anticipated releases on the horizon. The war drama was set to release in early 2021 but delayed due to the pandemic and got pushed packed for a while.

If you are also the one who is pretty much excited about the film and want to know the details, then this article is for you. Our sources have collected all the information about this war drama including its release date, cast, synopsis, and more. read on further to know the details.

About Munich: The Edge of War

Munich: The Edge of War is one of the best movies making rounds on the festival circuit. The film’s storyline is similar to the best-selling novel by Robert Harris who has previously worked down many inspiring movies in the past as well. These include the 2001 film Enigma, 2010’s film The Ghost Writer, and more. The movie also had its world premiere last year in 2021 at BFO London Film Festival.

The film Munich: The Edge of War will also have a limited theatrical release. So,  some of you might have the chance to see it directly in the theatres. However, for most of the audience, Munich’s The Edge of War will be out in the form of the streaming realm as the film is a Netflix production.

According to the reports from IMDb, the war drama will release on Netflix on January 21, 2022. Generally, the streaming giant Netflix releases its film globally at 12:00 am PT/3:00 Am ET. Initially, the film was going to release in select cinema halls on Friday 7th January 2022, which was two weeks before the Netflix release. But the pandemic ruined it all. So, now you have a final release date in front mark your calendar and prepare your schedule accordingly.

Now, you might be wondering who all are featured in the film and in what roles. So, guys, you will be happy to know that the film producers have actually collected the best group of actors to bring this war drama film to life. The lead group star is George Mackay who has previously done some of the most lauded and amazing projects.

Other screen legends like Jeremy irons, Jessica Brown Findlay, and many more impressive actors will join lead actor MacKay. Here’s the list of the actors you will see in Munich: The Edge of War film.

We might have missed a few cast members, but you will surely get to treat yourself with the best star-studded cast in front of you when you watch the film. But still, if you are very much curious to know about all the cast members in the show, you can check it down here.

Munich: The Edge of War Synopsis/Plot

The official synopsis for the upcoming war drama from Netflix reads:

“It is Autumn 1938 and Europe stands on the brink of war. Adolf Hitler is preparing to invade Czechoslovakia and Neville Chamberlain’s government desperately seeks a peaceful solution.

“With the pressure building, Hugh Legat, British civil servant, and Paul von Hartmann, German diplomat, travel to Munich for the emergency Conference. As negotiations begin, the two old friends find themselves at the centre of a web of political subterfuge and very real danger. With the whole world watching, can war be averted and, if so, at what cost?”

IMDb has also added a further description on its official page of Munich: The Edge of War Synopsis that reads:

“A British diplomat travels to Munich in the run-up to World War II, where a former classmate of his from Oxford is also en route, but is working for the German government.”

If we discuss the plot of the war drama film, then likewise we mentioned it is based on the novel by Robert Harris’s Munich. The movie blends all the facts and fiction from that novel to portray a particular story based on the Second World War. The film revolved around the fictional political side named Hugh legat.

He is the one who, along with his former university friend from Germany, involves bringing about Hitler’s demise at an emergency conference in Munich. And this is all happening while Prime Minister Neville Chamberlain continues to bring and enact a new policy of appeasement.

In the end, we can say that Munich: The Edge of War will indeed give fans an intriguing edge when it comes to war drama and what things got them there.

Munich – The Edge of War trailer

The trailer for the film is available and looks amazing. The trailer amazingly teases  George Mackay’s Hugh Legat will get different tasks. It also gives glimpses of Jeremy Iron as Neville Chamberlain. You can watch the trailer below:

Here’s How to Watch ‘Peacemaker’ Online