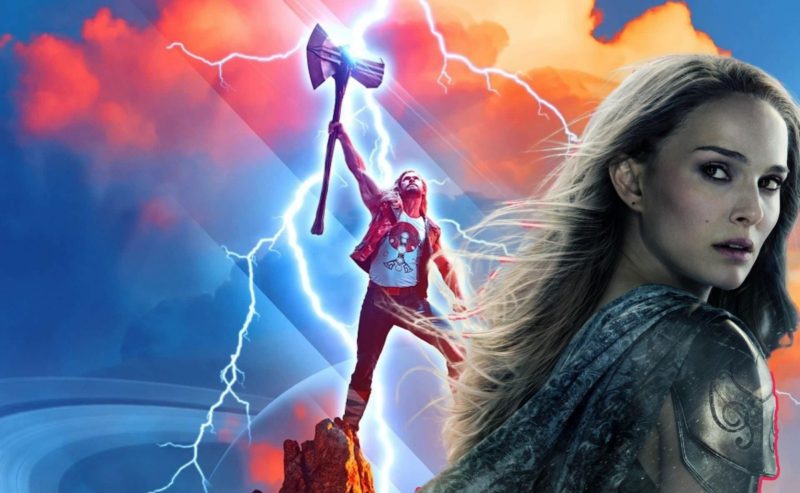 In just one day, Marvel surprised all its fans with the reveal of the long-awaited trailer for ‘Thor: Love and Thunder, along with an impressive poster. However, fans asked that Natalie Portman have the same treatment as Chris Hemsworth and star in a promo as Mighty Thor, and now the actress has made it possible.

Despite the fact that the trailer met many fan expectations, in the advance of ‘Thor: Love and Thunder’ there were still some unknowns to be resolved, such as what Christian Bale will look like as Gorr, the butcher of gods, and who will be the villain of the plot, as well as a better look at Russel Crowe as Zeus.

It might interest you: Marvel fans want to see Thor and Star-Lord as bisexuals

But what all the fans wanted to see finally got it, what Jane Foster will look like as Mighty Thor. In this regard, Natalie Portman shared her own version of the ‘Thor: Love and Thunder’ poster, where she replaces Chris Hemsworth as the god of thunder on top of the mountain.

It might interest you: Official synopsis of Thor: Love and Thunder with Christian Bale

Natalie Portman as Mighty Thor in the new poster

The actress does not mention if it is a modification of the poster by Marvel, or if an artist has been in charge of replacing Chris Hemsworth with Mighty Thor, changing the motto, and also modifying some of the clouds that can be seen behind of the advance.

It should be remembered that Natalie Portman will become Mighty Thor, the female version of the god of thunder that replaces the superhero in the comics, and also keeps the famous hammer Mjolnir. So it is expected that soon we will have more details of her importance in the plot.

The fourth ‘Thor’ film in the Marvel Cinematic Universe, directed by Taika Waititi, and starring Chris Hemsworth, Tessa Thompson, Christian Bale, Russel Crowe and Natalie Portman will hit theaters around the world on July 8 . And it is expected that we will soon have more details of the plot of ‘Thor: Love and Thunder’.

Yellowstone: Confirmed premiere date for season 5 of the drama with Kevin Costner