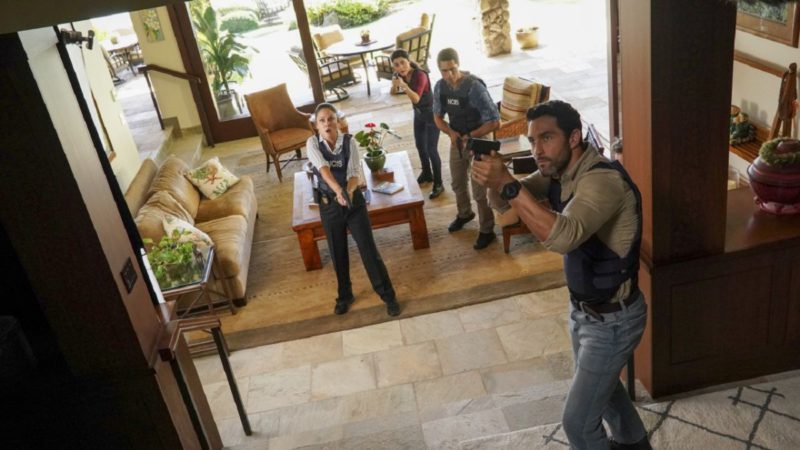 The first season of NCIS Hawaii does not stop at surprising all fans of the NCIS franchise, so now they are eager to know what will happen in the 20th episode after it is revealed that Kate (played by Tori Anderson) will try to capture a dangerous assassin by herself, something that could also lead to her death if she failed.

During episode 19 of NCIS Hawaii, viewers watched as the team dealt with a particular case, in which an environmental officer named Reid was killed by a predatory animal. This surprised Kai Holman (Alex Tarrant) and Jesse Boone (Noah Mills) as the island of Hawaii doesn’t have any apex predators except in the zoo, not out in the open that would kill someone.

Later, while investigating in the woods, they discovered the predatory tiger that killed Reid, but it was dead. In addition to a ship that was found shipwrecked, it was smuggling exotic animals and they probably decided to board on the other side of the island, which would explain why the feline was there. However, that was not all they were smuggling, but also Anthrax to produce a dangerous biotoxin.

In the end, Jane Tennant’s (Vanessa Lachey) team managed to catch the culprits, who had several containers filled with biotoxin. Then, viewers watched as Jane’s son Alex’s (Kian Talan) surgery went well and was a little relieved that he will recover soon and be able to play baseball again.

“Turn on the subtitle box for the video so you can better enjoy the trailer.”

Now, according to the trailer shown for NCIS Hawaii Season 1 Episode 20, fans are in for a cliffhanger as Kate tries to face murderous danger alone, but things spiral out of control and she ends up in a dire situation. risk that can lead to her death when discovered.

The 20th episode of the first season of NCIS Hawaii will be broadcast on Monday, May 2 on the CBS television network in its late-night slot. However, you can also enjoy the chapter the day after it has been broadcast on the Paramount+ platform, and fully subtitled.