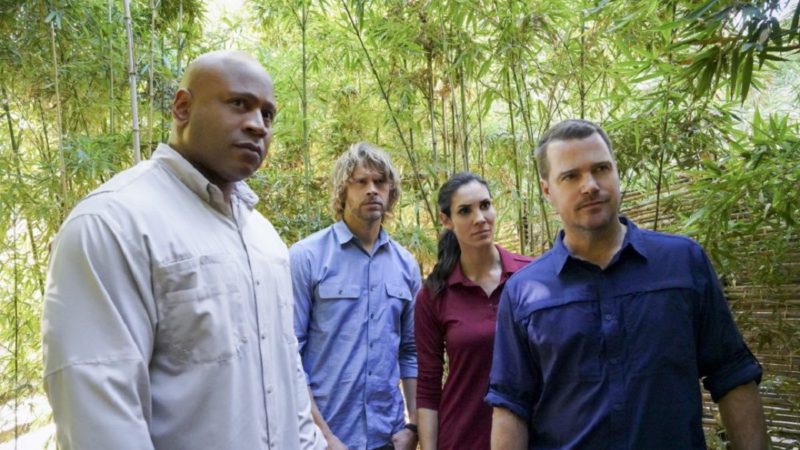 Episode 15 of season 13 of NCIS Los Angeles has surprised all viewers of the investigative drama, which had a great story with special agent Devin Roundtree (played by Caleb Castille) and his sister Jordyn (Ava McCoy). After they were harassed by the police in a clear case of racial discrimination. However, the development of the plot has managed to earn praise from fans for what will happen in the final episodes.

The series has been known for tackling America’s hottest issues throughout its history, and viewers were impressed with its latest attempt to examine systemic racism. In fact, some fans claimed that NCIS Los Angeles season 13 episode 15, “Perception,” had such an impact that they cried after the finale.

“This was a powerful episode, it made me angry and sad at the same time,” one fan wrote on Twitter.

“This really got to me, I cried like a baby,” said another fan.

After allegedly being mistaken for a robbery suspect, despite not having a description, Special Agent Devin was taken into custody and pepper-sprayed by Los Angeles Police Department officers while his sister Jordyn was being held against her. willingness to be by his side when he was arrested.

Read Also  Emily In Paris Season 2: What Makers Need To Avoid In The Second Season

While Devin’s sister, Jordyn, was worried about her future, as having a criminal record and trying to get into a university is nearly impossible, it makes for a harrowing sequence as both find themselves handcuffed and beaten in the sidewalk with the cops pointing at them. But, the last words that she said were a great shock to all the viewers of the drama.

“Everything was literally ruined by our appearance and the kind of backward world we live in.”

Meanwhile, Devin’s superior, Sam (LL Cool J), was infuriated by the LAPD’s actions. In fact, Sam himself has had to protect his children from the same racism throughout his life and was understandably furious when a federal agent and his sister were threatened with police violence. Proving that just for your appearance and discrimination you can go to jail.

However, as the episode drew to a close, fans were also impressed with the respect with which the NCIS Los Angeles team resolved the issue, proving that there are ways to work things out and not resort to violence and racism. Unfortunately, this is one of the many struggles that seek to show programs, movies and organizations to try to end racism in the country, but the fight is far from over.

Read Also  The Eternals: Fans Spot A Cameraman In The Teaser! Mistake Or Plotted?

‘The Walking Dead’ season 11 part 3, reveals its first preview and prepares its premiere in the fall

The best religious horror movies to watch over the Easter holidays