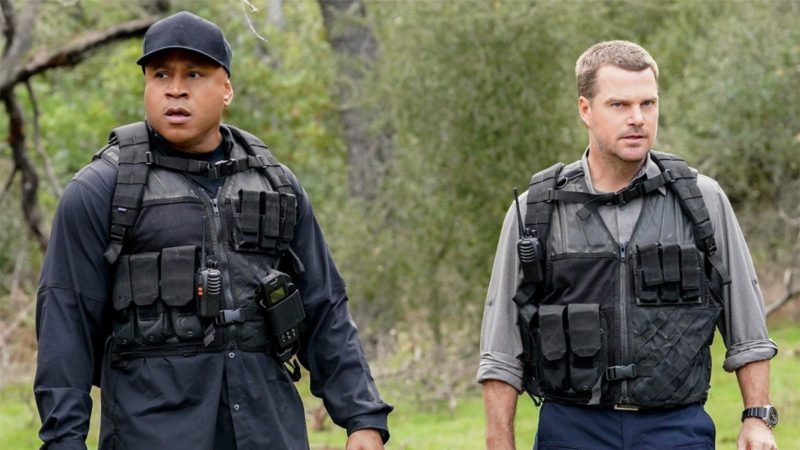 The popular series of the CBS television network, NCIS Los Angeles, continues to surprise all viewers worldwide with its incredible stories. Two of the most important members of the cast are actors Chris O’Donnell and LL Cool J, who play special agents G Calle and Sam Hanna who are preparing for a 14th season. However, O’Donnell revealed that his daughter has inspired the television station for a new program.

According to Agent G Callen star Chris O’Donnell, he revealed that his daughter’s love of TikTok dances was a key inspiration for Come Dance With Me, something that had been teased for a while in our previous NCIS story. Los Angeles, but now it has fully come true and will have the help of co-star LL Cool J.

Chris O’Donnell and LL Cool J are the creators and executive producers of the new project, which begins this month on the CBS television network. This new program will challenge young and talented dancers for a chance to win $100,000 or scholarships to further their dance career.

But, what makes the program different from the others is that: each dancer will have to invite one of their inspiring, yet untrained family members to dance with them on stage. According to O’Donnell in an interview for Variety, his daughter was the one who inspired the show to be done in this way, something that he liked the television network.

“Watching my daughter teach my kids how to do these TikTok dances, things just lined up at the right time for something like this.”

Recall that O’Donnell has five children with his wife Caroline Fentress, whom he married in 1997. So he confirmed that his daughter’s love of learning dance routines prompted him to create a new family competition series in which he could entertain and help many people through dance.

“And when you bring in the emotional element of these kids, who are all trained dancers, bringing someone into their life with a meaningful relationship, who may be inexperienced, it’s not just about the dance.”

Competition shows in the United States are as popular as ever, with hits like Dancing With the Stars and The Masked Singer still going strong. Therefore, this new dance program with its new methodology could catch all viewers since there will be relatives with or without dance experience.

Sadly, Chris and LL won’t be appearing on screen together for the new show, due to only working as executive producers, though there are still plenty more episodes of NCIS Los Angeles to look forward to, especially now that it’s been renewed for its 14th season.

What to watch first The Hobbit or The Lord of the Rings?