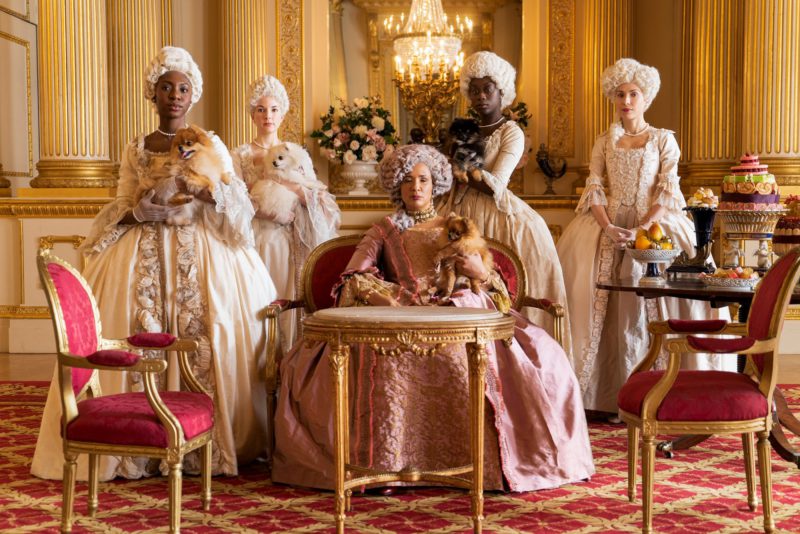 A 2nd “Bridgerton” series is coming! Netflix orders a spin-off to the young Queen Charlotte.

The “Bridgerton” series universe is growing.
A new series is all about the young Queen Charlotte.
The miniseries writer is “Grey’s Anatomy” inventor Shonda Rhimes.

The “Bridgerton” universe is getting bigger: The streaming giant Netflix orders a second series for the hit show, which will be about the young Queen Charlotte. The offshoot tells the prehistory of the English ruler embodied by Golda Rosheuvel, with the young “Bridgerton” figures Lady Danbury and mother Violet Bridgerton also appearing.

Super producer Shonda Rhimes (“Grey’s Anatomy”) is the author of the miniseries that have now been ordered. When the spin-off will start at Netflix and who will be involved is currently unknown.

Queen Charlotte was reinvented for the Netflix series and does not appear in author Julia Quinn’s original novels. However, the figure turned out to be an absolute fan favorite. Netflix TV boss Bela Bajaria explains: “Many viewers did not know the story of Queen Charlotte at all before ‘Bridgerton’ and I am thrilled that this new series will expand its history and the world of ‘Bridgerton’.”

Everything you need to know about “Bridgerton” Season 2

Our big season guide provides you with comprehensive information about the upcoming edition of “Bridgerton”. And the first pictures of the 2nd season also recently showed the new main characters in action.

The super-successful Netflix series has already been extended by a 3rd and 4th season. And with us, you can also find out whether dating really went that way back then.