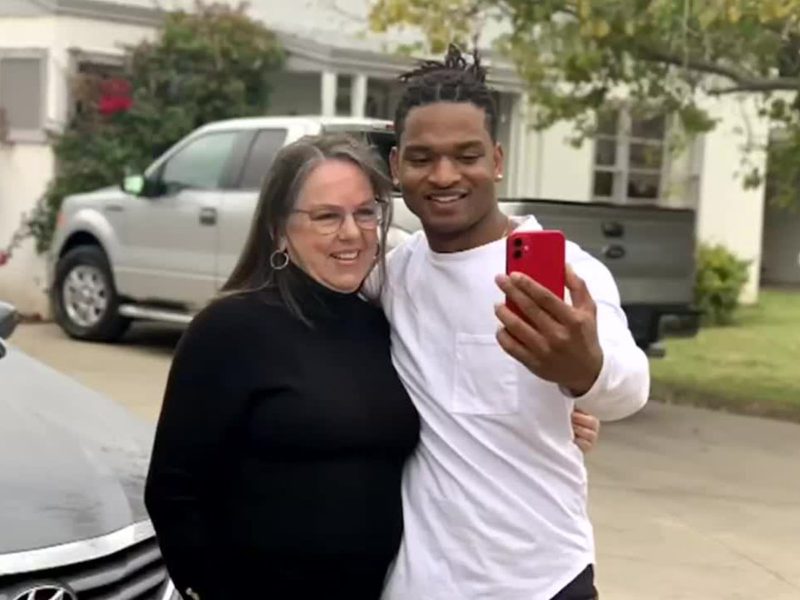 Now, after so many years Jamal Hinton has secured himself a seat at Wanda Dench’s thanksgiving dinner and all thanks to a wrong number their story is now being turned into a Netflix feature film. Yes, you heard that right, the streaming giant has announced that Netflix is turning the viral Thanksgiving Mom tweet into a movie. The Thanksgiving Text: A Netflix feature film is going to be written by Abdul Williams, but the cast and director for the feature film are still not announced by the makers.

This latest and upcoming movie The Thanksgiving Text is a great example of a film that draws inspiration from viral online content. There are many other films as well that had taken inspiration from the viral threads like Zola turned viral Twitter threat was surprisingly changed into The Story featured length movie.

The 2015 article from Gizmodo also has many other examples that include Bad Ass, a film that is loosely based on the viral video “AC Transit Bus Fight”. But the fact is that the original Deadpool may have never been shown greenlit if its leaked test footage had not gone viral.

Now weeks after celebrating Thanksgiving together, Hinton tweeted an announcement about the upcoming movie that is based on their story. here’s the shared tweet:

I am very excited to announce our new partnership with Netflix. We thank every single one of you for your love and support in our journey the last 6 years. We can’t wait to tell our story on the big screen! 🎥🍾 pic.twitter.com/0heCmEWMDM

The two of them also welcomed the news of this Netflix Adaptation together and wrote: wrote: “We are excited to share our story with the world,” Hinton and Dench said in a joint statement. “We hope it inspires more people to reach out and make connections that they wouldn’t ordinarily make.”

Hinton has also joined Dench for every Thanksgiving Day dinner since 2016 and now it has quickly become a tradition for social media users to look forward to us every year. in fact Dench has now started inviting Hinton’s girlfriend to the family festivities.

Hinton also told CNN that the dinner which they were shaky at first but then they were back to their normal selves within minutes.

He said: “We just told jokes and stories and shared our memories of Lonnie, so it was amazing,” he said.

“We are so blessed to find a genuine friendship brought together by God from a mistaken text message,” Hinton and Dench said in their statement.

So, let’s wait and watch when the news of cast, director, and other things emerge about this unique and viral online story that is being turned into a Netflix feature film.