Netflix: the animated movie you have to see if you like space 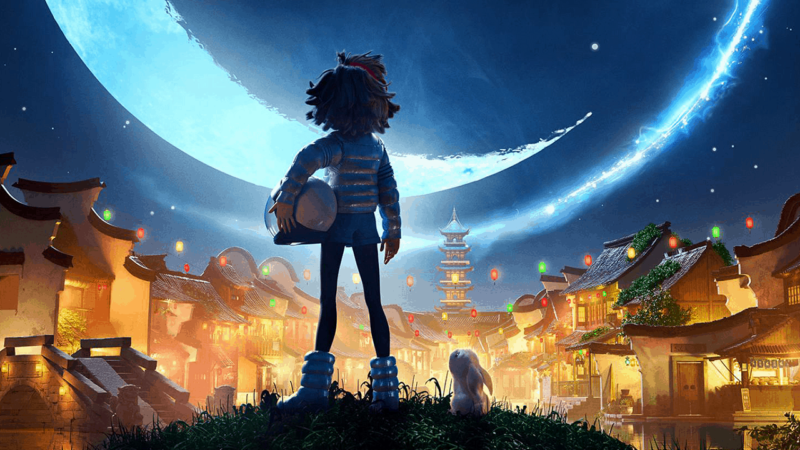 No matter how old you are, watching an animated movie is always a good plan. It is a good moment that you can live with yourself, or also share with family and loved ones. And what better if you do it through Netflix?

In the catalog of the popular streaming platform, you will be able to find endless productions of all kinds: comedies, dramas that will make you cry, romances, and even stories focused on space. Based on this last item, we have found an original animated production of the streaming service that you cannot miss. If you haven’t had the chance to enjoy Beyond the Moon yet, your time has come.

Netflix: Beyond the Moon, the animated movie that will make you go to space

Beyond the Moon, originally titled Over the Moon, is Glen Keane’s first feature film. He is an animator who had an extensive career at Disney, where he participated in iconic productions such as Aladdin, Beauty and the Beast and Tarzan.

In this project he also had the help of John Kahrs, who won an Oscar for his short film Paperman. It was a Netflix production, which was animated by Sony Pictures Imageworks. It featured not only an amazing story of love, fun, and outer space, but also a wonderful voice cast: Cathy Ang, Phillipa Soo, Ken Jeong, Sandra Oh, John Cho, and more.

The plot introduces us to a very adventurous young woman, who is called Fei Fei. One day, the protagonist decides to build a space rocket in order to find a mythical goddess on the moon. This story, written by Audrey Wells, is based on a classic myth from Chinese culture.

Beyond the Moon will emphasize the loss of a loved one and will show us the process that a person must go through in order to overcome it. This is how the idea of ​​the protagonist to travel to the moon arises, and that is when the adventure takes off. In this Netflix production, Glen Keane opens the way to his imagination and gives us a setting where the colors completely draw attention, as well as the design used. All this will be accompanied by great songs.

Have you already seen it? What do you think about it?

Brooklyn Nine-Nine: The secrets the show had long before its cancellation