Netflix: the film by the director of Amelie that you have to see yes or yes 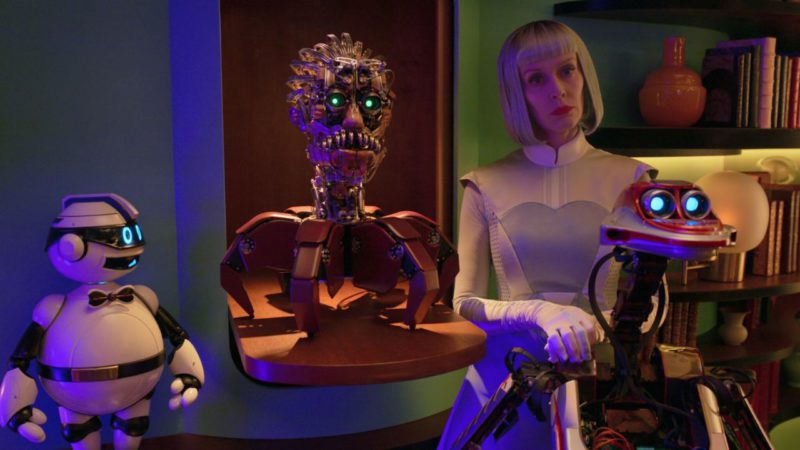 Jean-Pierre Jeunet was behind movies that became very popular around the world. Without a doubt, his greatest success and the one who received all the applause from the spectators was Amélie. For movie lovers, his latest movie is available to watch on Netflix.

This French romantic comedy came out in 2001. The filmmaker was in charge of directing it, but he was also present at the time of writing the script together with the novelist Guillaume Laurent. Thus, he gave us an unforgettable and charming story.

The cast was headed by Audrey Tautou, who introduced us to the protagonist in a unique and very beautiful way. After so many years away from the cinema, the director decided to return with a very different film.

BigBug, the new film by Jean-Pierre Jeunet on Netflix

As expected, Netflix has a large number of titles in its catalog. One of them is BigBug, the new film production by Jean-Pierre Jeunet. This is a film that was highly anticipated by many moviegoers.

The plot takes us into the year 2050, where artificial intelligence is everywhere. So much so, that humanity ends up depending on it to be able to satisfy all its needs and desires. Even those yearnings that are very intimate and even a little twisted.

In this way, viewers will get to know a fairly quiet residential neighborhood, where four domestic robots will make the decision to kidnap their owners in their own home. Finding themselves trapped in four walls, a family, their neighbor and an efficient sexual android, will be forced to endure a situation that is becoming more and more delusional.

Meanwhile, abroad we will see how the Yonyx, the most advanced generation of robots, try to completely conquer the world. And although the threat is getting bigger, humans prefer to look the other way.

As expected, BigBug had the direction of the creator of Amélie. In addition to being in the director’s chair, Jean-Pierre Jeunet was also responsible for co-writing the script with Guillame Laurent.

As for its cast, it is headed by stars like Elsa Zylberstein, Stéphane de Groodt, François Levantal, Youssef Hajdi, Claire Chust, among others. The French comedy received mixed reviews, with people who loved it and others who hated it.

It could be said that this film seeks to give us a warning, and show us that humans are very dependent on technology. Likewise, it also criticizes capitalism and authoritarianism. It also stands out for being a film with a lot of personality: it has a very creative design and, furthermore, the domestic robots are the funniest and most tender characters in history.

Outlander Season 6: Why is Claire’s power becoming an issue?

NCIS Los Angeles Season 13: What Links Nate to G Callen and Why He’s Back