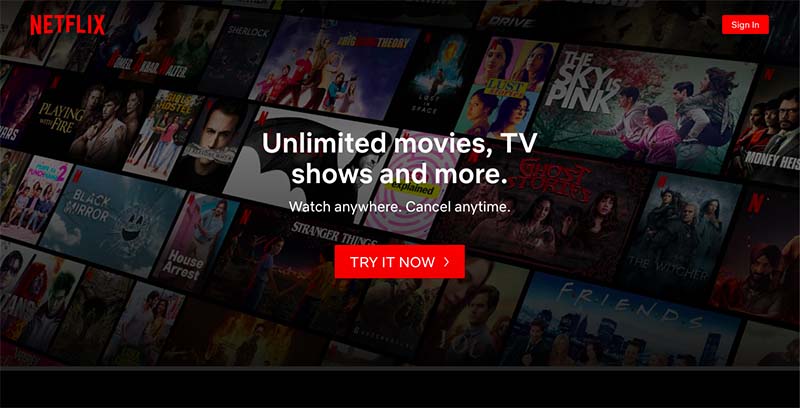 Reed Hastings, CEO of the company, has stated that they would never do anything to “pressure” subscribers. “It has to be something that makes sense.”

Netflix is not going to prohibit its subscribers from sharing an account. At least not yet. The CEO of the company, Reed Hastings, has declared that they would “never” do something that “puts pressure” on subscribers. ” It has to make sense to consumers, something that they understand. Greg [Peters] is doing a lot of research trying several variants that harmonize with the way consumers see it,

While the company’s plans are, mainly, not to disturb its customers, they have ensured that they are doing tests with the way in which passwords are used. Netflix recognizes that your needs as a business are different from those of subscribers. “We’re looking for that flexible approach to make sure we design a plan with the right features and price to meet those needs,” says Greg Peters, Product Manager,

Read Also  Chilling Adventures of Sabrina Season 5: Will it Happen?

We will continue working on accessibility in all the countries in which we serve. While we do this, we want to make sure that the people who use a Netflix account, who access it, are authorized to do so.
The tests that the streaming service is doing move along this line, in that of making sure that everyone who accesses an account has permission to do so. They assure that if they change something about it, it does not have to be something new. We do not know what your solution will be, but it is likely to increase the price for those who want to share the subscription.

In March of this year, according to The Hollywood Reporter, Netflix began blocking some accounts suspected of sharing the password. Users get a message on the screen that reads: “If you do not live with the owner of this account, you need your own account to continue viewing.” To continue enjoying the service, the user had to verify their identity through a code sent to the owner’s email or mobile. It gave the option to verify later, but it does not specify how much time there is to do it.

Read Also  Wentworth Season 9 Release Date: is not coming to Netflix in September 2021

This change in strategy is striking since in recent years it has not been considered to pursue this type of practice. Some say that it is due to the decrease in the growth of subscriptions in the first quarter of 2021. The ‘streaming’ platform attracted many new customers in 2020, something that is explained by the pandemic, but this year it has seen how the results were lower than expected.

In any case, at the moment there are no restrictions on sharing an account and being able to enjoy Netflix original series and movies.