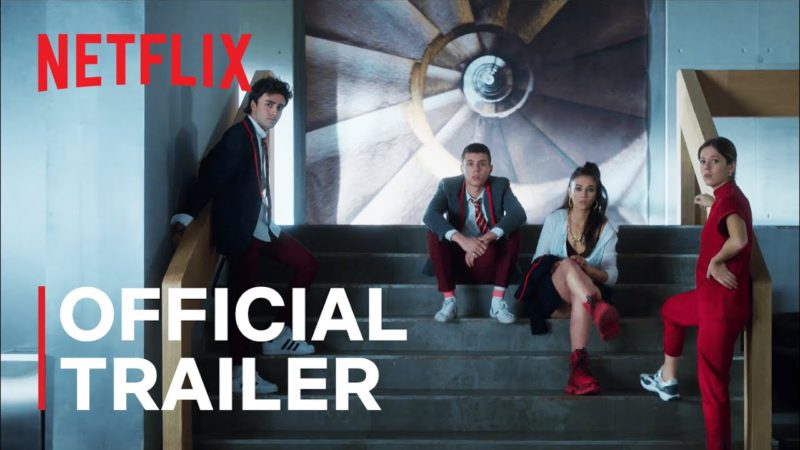 In the upcoming fourth season of “Elite”, we will see the arrival of a new director to “Las Encinas”, new students, and a tragedy. What will happen? Here all the details for you guys.

Netflix shared the first trailer for the fourth season of “Elite”, series that has become one of the streaming platform’s great successes. The new installment promises to captivate all its followers with more stories, new characters, and a plot that will turn the start of the school year on its head.

This Thursday, May 20, the new trailer of “Elite 4”, where we can see the return of the students to the Las Encinas school. On this occasion neither Lu Montesinos (Danna Paola), nor Carla Roson “La Marquesa” (Ester Exposito) and neither Nadia (Mina El Hammani) will be there this school year, however, there will be new faces that will join the plot.

“Elite 4” will present us with new confrontations between the new sides that will be formed within the school, something that will end up causing a tragedy, with a new victim. What will happen? Here we present all the revelations of the trailer of season 4.

ALSO READ Elite Season 4: Netflix Announces ‘Elite Week’ Before Release Of The New Season! Know What It Is

In the fourth season of “Elite”, we will see the arrival of a new director to “Las Encinas”, Benjamin (Diego Martin), one of the most powerful businessmen in Europe willing to redirect the school with a heavy hand.

Benjamin brings his three children with him: Ari, Mencia, and Patrick. Three teenagers too used to always getting their way, and who, along with a fourth new student – a crown prince named Phillipe – will endanger the union of the veteran students. A clash between the two sides will end up causing a new tragedy.

In “Elite 4” there will be two love trios, the first starring Ander and Omar along with Patrik (Manu Rios) a new student from “Las Encinas” who comes to put “flavor” into the relationship of these two young lovers. However, something is not quite right.

Guzman, Samuel, and Ari (Carla Diaz), a new student from “Las Encinas”, are involved in the second trio. Both Guzman and Samuel fall for the beauty of this new partner, who will she stay with?

WHEN WILL “ELITE” SEASON 4 RELEASE?

The fourth season of “Elite” will be released on June 18 by Netflix, while the fifth is currently in development.

WHO CONTINUES IN “ELITE”?