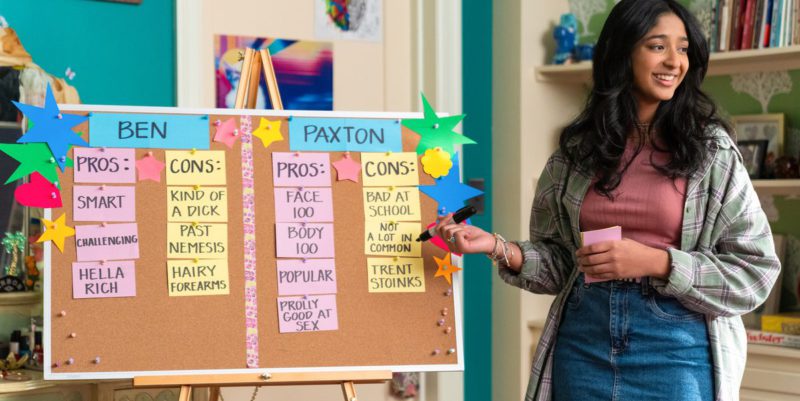 “It’s official! the Netflix teenage drama will be returning for a second season.” This is an announcement that the actors made through an Instagram video a year before from now, and still, there are no sightings of Never Have I Ever Season 2 anywhere in the near future. But if you are not updated with the latest announcement, Netflix has officially quoted that Mindy Kaling’s series will be premiering it’s Season 2 on Netflix this July 2021, though a fixed date is not yet available.

Also Read: You Season 3: Release Date? Here’s Everything A Fan Must Know

“If you’re excited about the new season, we have a lot in COMMON.” Maitreyi Ramakrishnan, who essays the role of Devi, also dropped a comment stating, “I see we have a COMMON interest indeed (we’re doing a thing right?).”

Maitreyi Ramakrishnan went on Instagram to announce the same,

Undetermined factors: we don’t know exactly when in July so I guess let’s just date for the whole month? Wear something cute and I’ll see you soon at Sherman Oaks (red heart).”

In other news, famous rapper Common will reprise his role as Dr. Chris Jackson who will be a recurring role in a show revolving around Devi and her misadventures. Created by Mindy Kaling and Lang Fisher, Never Have I Ever is a teen drama that circles around Devi, an Indian – American, who is a bright mind at studies tries everything to grasp a pinch of attention from her high school crush, but ends up falling in a worse than ever but funny love triangle.