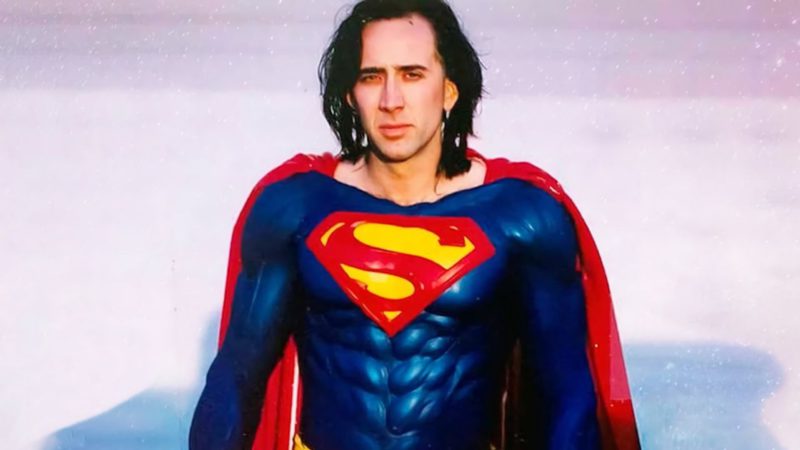 It is public knowledge that Nicolas Cage was very close to becoming Superman for the film that Warner Bros. was preparing with Tim Burton directing. The film did not prosper, leaving the Oscar-winning actor and fan of the DC Comics hero disappointed. Now, years after this Cage does not lose hope of being the last son of Krypton and has a more than interesting idea to do it.

Cage is promoting The Unbearable Weight of Massive Talent, the comedy that has him playing himself. Interviewed by Rolling Stone, Cage spoke about the new film that he shot with Pedro Pascal and did not hesitate to remember about the Superman that he was not.

Cage noted that his new film reminded him of the 1987 Coen brothers-directed comedy Raising Arizona. “Right now, I’m excited for comedy to be back on the menu. He hasn’t been there for, my God, 15 years. It’s good that I can have the opportunity to do more comedy,” Nicolas commented. “But I’ve never done a musical. That would be something I would be curious about,” he added.

The wardrobe tests for the Superman suit.

The actor acknowledged that he has not yet addressed the musical genre and at the same time made it clear that he does not rule out becoming Superman and doing it for that format.

“What I want to record is that: Tim Burton did not choose me, I chose Tim Burton,” said the actor. “They wanted Renny Harlin, and he’s a good guy and perfectly capable. But to me, his vision for Kal-El was more of a Tim Burton-style presentation universe,” he mentioned.

Finally, Nicolas said that after this time he surpassed Burton’s film in order to grow professionally and also left the door open for Kal-El. “That has always been both positive and negative for me. It’s positive because it left the character, and what Tim and I could have done, in the realm of the imagination, which is always more powerful than the concrete. And a negative in that I think it would have been special. Is there any chance? Who knows,” said the actor.

It would be more than interesting to explore the idea of ​​a musical with Superman, mainly with Cage as the man on the sidewalk. It would be a debut for both, since Superman does not have a musical.

Meanwhile, the long-awaited comedy The Unbearable Weight of Massive Talent will be presented in theaters on April 22.