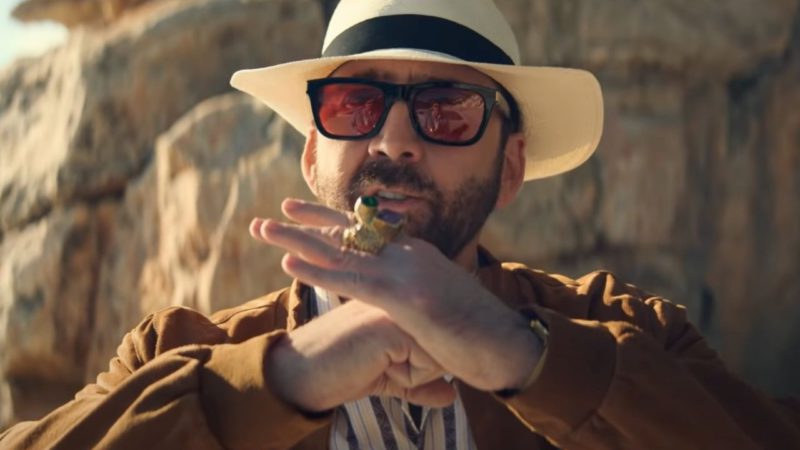 Throughout his career Nicolas Cage has played a large number of characters, some more iconic than others. Like any star, Nicolas has turned down roles, either because they were not to his liking or because his schedule did not allow more space. Now the actor revealed that within the roles that he said there are two successful franchises: The Lord of the Rings and The Matrix.

As part of the long-awaited comedy The Unbearable Weight of Massive Talent, Nicolas was interviewed by People. During the conversation they talked about the opportunities in the actor’s career. At that time the Oscar winner told when he was tempted for the trilogy directed by Peter Jackson and for the science fiction story of the Wachowski sisters.

For the film by Lana and Lily Wachowski, Cage had been considered to become the star of the story, Thomas Anderson, better known as Neo. The actor met with the directors, but decided not to accept. Shortly after Peter Jackson contacted him because he wanted him for an important role, to become the most famous dúnedain, the heir to the throne of Gondor, Aragorn. In the same way as with The Matrix, the actor thanked, but said no.

Cage playing himself for The Unbearable Weight of Massive Talent.

In his talk with People, Nicolas revealed that these roles were more than important and could have changed his career forever, but he turned them down for one reason in particular: his family. According to the actor, accepting these productions by having remote locations would have distanced him from his family, mainly from his youngest son.

“First of all there isn’t a version of Nic Cage in reality that doesn’t want to spend time with his kids. There isn’t a version of Nic Cage that hasn’t put family first over career. I turned down The Lord of the Rings and I turned down Matrix because I didn’t want to go to New Zealand for three years or Australia for three years because I needed to be home with my son Weston, that’s a given.”

Nicolas Cage on why he turned down roles in ‘Lord of the Rings’ and ‘The Matrix'”I didn’t want to go to New Zealand for three years or Australia for three years because I needed to be home with my son”(via @people) pic.twitter.com/aUXgaTgUeI

Read Also  'After 3: We Fell': Release Date Speculated And Teaser?

At that time his son Weston was young, considering that, Nic did not want his son’s best moment to pass without him being present. It’s hard to believe that Cage would have become Aragorn or Neo, but it would certainly be fascinating to see on screen.

The Fresh Prince of Rap: You’d never guess who refused to read Will Smith’s memoir

Angelyne: Everything you need to know about Emmy Rossum’s new series on Peacock