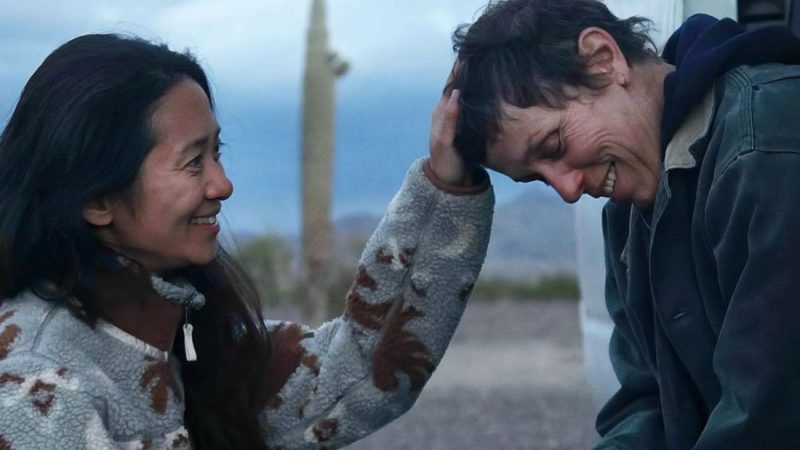 The film Nomadland became the great winner of the Oscar 2021, being the movie of the year.

As we previously informed you, one of the films that have swept the awards season this 2021 is Nomadland, which has won several awards from the Golden Globe and even the Critic Choice, so the Oscar 2021 was not going to be the exception.

The film is directed by Chloe Zhao, who also won the award for best director, as it tells the story of a woman who loses everything after an economic crisis, and for that reason, she looked for a way to survive, so she lives a nomadic life.

On his way, he runs into people very similar to them, who live a life traveling all over the United States aimlessly, and taking advantage of the beauty of life, as reflected in the Trailer.

The other Oscar Award nominees.

He swept the awards.

The other films nominated for this category were “The Father,” starring Anthony Hopkins, “who suffers from Alzheimer’s. “The Chicago 7 Trial,” tells the story of 7 defendants facing conviction for allegedly inciting unrest over the Vietnam War.

“A Promising Young Woman”, “Mank”, “Judas and the Black Messiah”, “Sound of metal” were also part of the films confirmed as favorites to win the award for a film of the year.

During their speech, the Nomadland winners assured that this year has been very difficult for the film industry and that as soon as things return to normal they hope that the public will return to see the films on the big screen.

For now, there are many restrictions in terms of the film industry, and it is expected that over the months of the pandemic it will be regularized.

Did you like that Nomadlan won the Best Film award?

New Amsterdam: Perfect Episodes To Watch If You Are A Newbie

Dwayne Johnson: Who Is Wife Of The Rock?