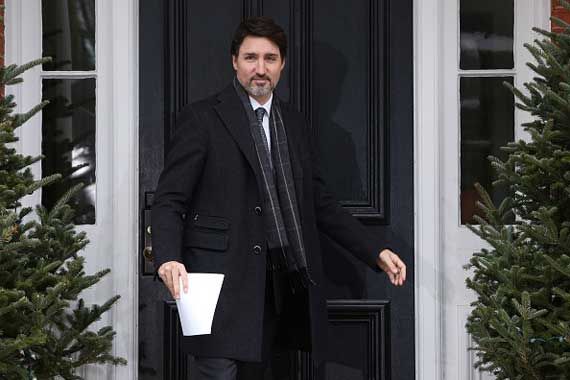 Ottawa will impose mandatory testing and quarantine “at their expense” in a hotel for three days on travelers arriving in Canada pending the outcome, Prime Minister Justin Trudeau announced on Friday.

In addition, as of Sunday, flights between Canada and “sun destinations” such as the Caribbean and Mexico will be suspended until April 30, Trudeau said at a press conference.

From next week, international flights will only be able to land at four airports across the country: Vancouver, Toronto, Calgary and Montreal.

The second mandatory PCR test at the airport will be required “as soon as possible, in February” and is in addition to the negative COVID-19 test less than three days old to be able to fly to Canada.

Travelers will have to bear the cost of the test as well as that of the three days spent at the hotel designated by the authorities, which should “turn around $ 2,000” Canadian, said Justin Trudeau.

If the test is negative, travelers will then be able to complete their two-week quarantine at their homes “but with increased surveillance measures,” he said.

Travelers who test positive will be transferred to a public health center.

“Since the start of the crisis, my priority has been to protect Canadians,” explained Justin Trudeau to justify the toughening of measures.

He acknowledged that the new measures were intended to “discourage travelers” and curb the spread of new variants of the virus in Canada.

Since last March, travelers arriving in Canada, whether Canadian or not, have been subject to a mandatory 14-day quarantine in order to prevent the spread of the coronavirus.

By that date, Canada had closed its international borders and has since advised against non-essential travel.

Since December, Canada has experienced a sharp acceleration of the pandemic which has notably led to re-containments in the two most affected provinces, Ontario and Quebec, and a nighttime curfew for the latter.

MEPs to study the safety of travelers who go into quarantine

OTTAWA - MPs will hear from ministers and federal officials starting this week on the safety of returning travelers, amid...

Most homeowners who requested a deferral on their mortgage payments last year have seen their grace period come to an...

Published on 1/29/2021 4:45 PM Federal Minister of Employment and Workforce Development Carla Qualtrough. (Photo: The Canadian IT) The federal...

It was a homeless man who carried out the stabbing attack on Wednesday night that left four seriously injured Salvation...

Ottawa temporarily suspends the week of waiting before the EI check

Employment and Workforce Development Minister Carla Qualtrough said in a statement Friday that the temporary waiver of the waiting period...

Ottawa suspends the week of waiting before the EI check

(Ottawa) The federal government is temporarily suspending the one-week waiting period for EI claims. Posted on January 29, 2021 at...

It's her, Nathan's new lover from XOXO!

Ed Harris dust off the western and the humor