Outer Banks Season 2: Things A Fan Must Know About The New Season! 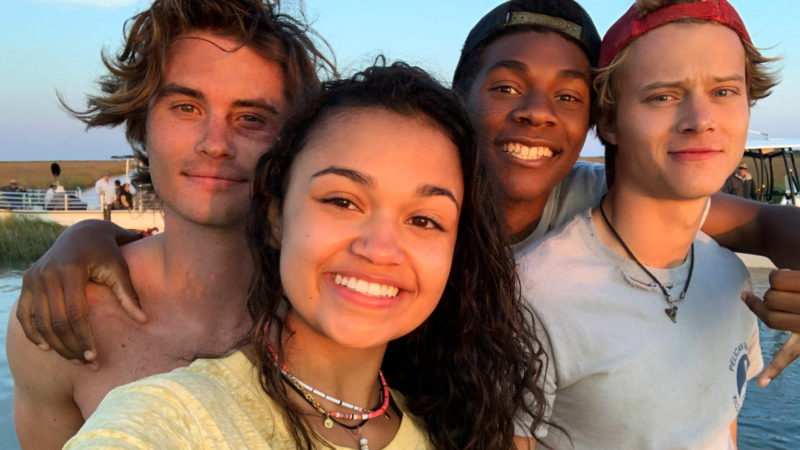 Good news for “Outer Banks” fans: The filming of the second season has been completed. When do the new episodes start on Netflix?

The first season started last spring on Netflix and was regularly able to assert itself in the top ranking of the streaming service. So it comes as no great surprise that Netflix has opted for a second season. Due to the ongoing pandemic, however, it was difficult to forecast the schedule for the second season. Now there is news: Netflix announces the end of filming with a sunny Instagram post:

It looks like the post-production is progressing quickly because the new episodes should start on Netflix as early as the summer of 2021. As soon as a specific start date is known, we will submit this information here.

The future of the series also looks bright: series maker Jonas Pate announced in an interview that he would have continued the story through to the fourth and even fifth season. So there is still enough material for further
extensions.

“Outer Banks” is about a group of young people who, in search of the missing father of their leader John B, come across a legendary treasure. Except for Charles Esten, who was seen in the country music series “Nashville”, the cast consists largely of newcomers, including Madelyn Cline, Madison Bailey, Jonathan Daviss, Rudy Pankow, Austin North (“All Night”), and Drew Starkey, all of whom should return for season two.

Netflix has not yet given any specific information about the action of the coming season. However, a first prognosis can be given based on the final. If you haven’t seen the first season, be warned about spoilers in the following section.

Warning, from here on spoilers will follow for the end of season 1 –

“Outer Banks” ended, how could it be otherwise, with a cliffhanger. After the dramatic events of the last episode, John B and Sarah set off for the Bahamas while the others think that their friends died in the hurricane.

Read Also  The Innocent: Everything You Should Know About The New Netflix Show

Season two may then begin with two storylines: John B’s and Sarah’s stay in the Caribbean and the rest of the Pogues back home, kept busy by the disappearance of their friends and Ward.

According to the interview with one of the series directors mentioned above, the second season will only stay briefly in the Bahamas before the group is reunited at home. Of course, new mysteries and villains should come into play, and finally, the surprising kiss between Kiara and Pope is also a topic.

Halston: Will A Season 2 Come?

Spider-Man And Venom: Are They Coming Together In The Same Movie?