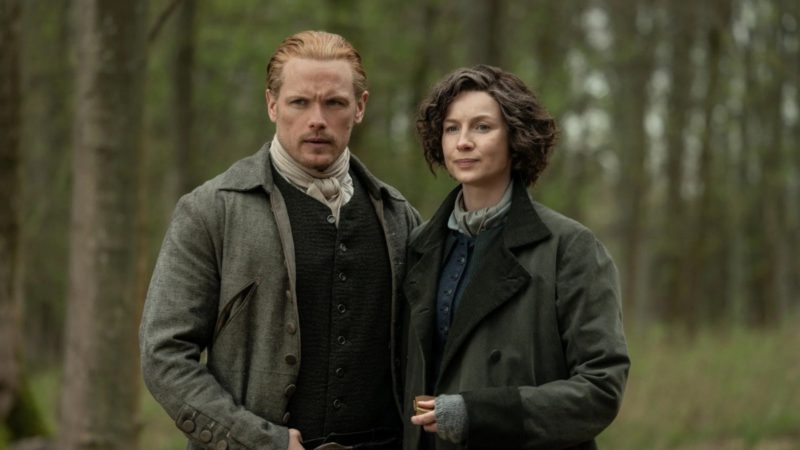 Outlander, the historical romantic fantasy drama that premiered its long-awaited season 6 on March 6 on the Starz broadcast network, concluded on Sunday with this part of the dark story of this installment, which directly involved Jamie ( Sam Heughan) and Claire (Caitriona Balfe). (Episode 8 spoilers)

The episode ending of episode 8 of the sixth installment of Outlander, closed with a cliffhanger that was addressed by series producer Maril Davis, saying that this was the conclusion they had in store for Jamie and Claire. And that the rest of the story will be explained when the drama returns to screens with season 7, which keeps the crew and cast in full filming.

Outlander fans witnessed at the end of the sixth episode of season 6 the murder of Malva Christie (Jessica Reynolds). Meanwhile, Claire is her prime suspect as she previously had an altercation with the young Fraser’s Ridge newcomer, after her apprentice claimed that the child she was carrying was Jamie Fraser’s.

Read Also  “Cruella”: Will she be the new joker?

The fact that Claire was accused without evidence of the murder of Malva Christie, by the inhabitants of Fraser’s Ridge, put her freedom and her own life at risk. And at the end of Outlander season 6 episode 8, after Richard Brown (Chris Larkin) and her men went looking for her to arrest her, Jamie and Claire ended up confronting them in the middle of a gunfight.

Following the showdown, Outlander season 6 ended with a cliffhanger as Claire and Jamie were forcibly separated by Richard Brown. The rapist’s brother, Lionel Brown, distanced them using force and took each one to different places. Fortunately, however, Sam Heughan’s character was rescued by his nephew Ian (John Bell) and several of the Cherokee, when they were taking him back to Scotland.

Meanwhile, in the Outlander season 6 finale, Claire was put in a cell in Wilmington where she awaits trial for the alleged murder of Malva Christie. This is certainly a cause for concern for fans of Starz’s historical drama, who can’t stand seeing the romantic couple from the hit series apart.

The executive producer of Outlander did not want to offer spoilers about what awaits Jamie and Claire after the separation in the eighth episode of the sixth installment. Therefore, viewers will have to wait for the arrival of season 7 which is currently in production and will have a total of 16 episodes. Unfortunately, the release date is still unknown.