Outlander Season 6 Episode 4: This is why Malva was spying on Claire and Jamie 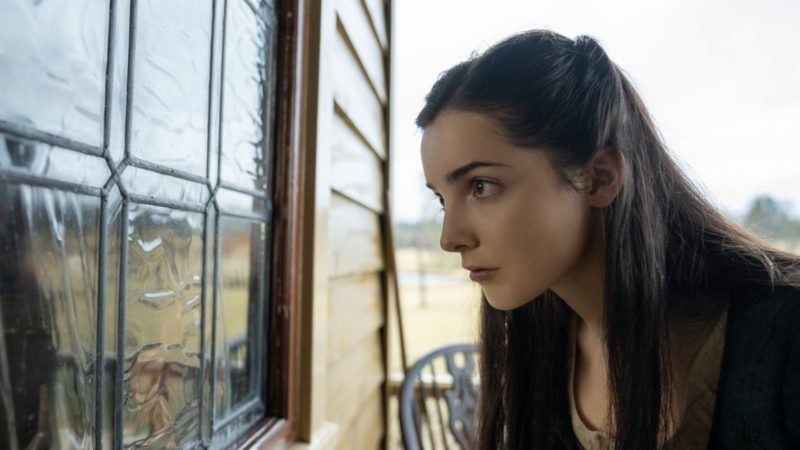 Outlander has become one of the most acclaimed period romance and time travel dramas of the moment. That is why, since its debut in 2014, it has conquered all the hearts of its Starz viewers, with its disturbing stories inspired by real events. Spoiler alert!

Throughout this sixth season of Outlander, Claire (Caitriona Balfe) and Jamie Fraser (Sam Heughan) have gone through a long process, remember that this couple has been preparing little by little for the American Revolutionary War, travelers have He has been telling details about the upcoming events, so Jamie has been very involved with the Cherokee and young Ian (John Bell) to try to change the future.

In the fourth episode of the sixth season, the Fraser spouses spent a lot of time apart, including, in the books of the writer Diana Gabaldon, on many occasions the couple was distanced because of everyday life in Fraser’s Ridge. So, when Jamie returned home, Claire left her chores and Malva (Jessica Reynolds) aside to be intimate with her beloved.

Read Also  Two and a Half Men: The truth behind the departure of Angus T Jones as Jake Harper from the series

What Claire didn’t realize is that her young ward is apparently more interested in spying on her than ever. While Jamie and Claire had their moment “alone” in the barn, Malva was spying on them from the window, the expression of this young woman was not one of amusement, but rather of great curiosity, so many of her followers did not hesitate to wonder why she would have acted like this.

Evidently, Malva has proven to be quite a curious young woman. This has not been the first time that the young woman intends to observe the nurse and lady of Fraser’s Ridge, let us remember that, in past episodes, the young Ian observed Malva while she watched how Claire operated on her strict father’s hand.

In addition to wanting to learn about medicine and surgery, Malva showed great interest in the discovery of the ether, as well as in the book where Claire writes down all her surgical procedures and knowledge. Although Malva was never curious about intimacies, she seemed genuinely intrigued in the recent episode.

Because of what Malva spied, obviously big problems will come to Claire and Jamie’s lives, more than they already had with the war, apparently, this young girl will confess to Claire that she also became intimate with this warrior Scottish, and to everyone’s surprise, she will be pregnant. Seeing that Claire does not believe her, she will perfectly detail Jamie’s body, possibly causing the husband’s relationship to break.