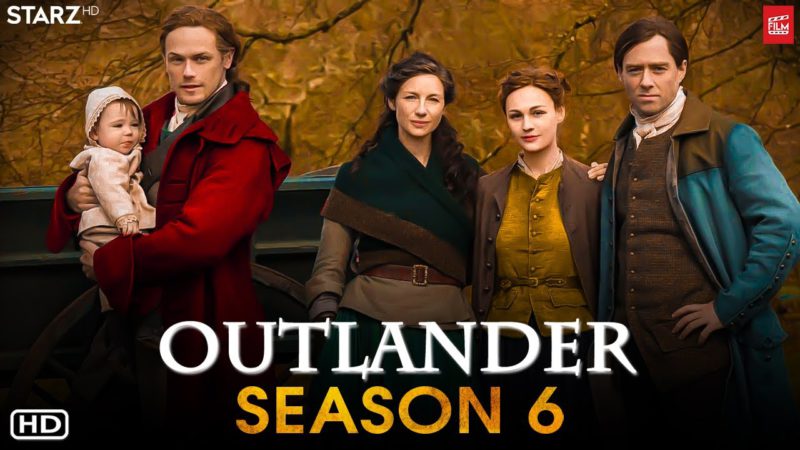 ‘Outlander: The keys to a season 6 marked by the attack on Claire and family tensions.

There is still no release date, but filming has been underway for some time and the first images and details of the new episodes have already arrived.

Season 6 Outlander is still far from its premiere, but the filming of new episodes and is running us closer to this new stage in the history of Jaime (Sam Heughan) and Claire (Caitriona Balfe).

Above these lines you can see the images of the filming set that have been published to date, courtesy of Starz -its original channel and responsible for its broadcast on the other side of the pond- and shared with Movistar +, which broadcasts the series exclusively in Spain.

Not many details can be extracted from them, but they are proof of the keys that characterize the new season of Outlander: in which Claire and Jamie will be very close but deeply marked by the events suffered in the fifth installment and that will receive some new faces that promise to give a lot of play in the plots.

In addition, the series has just been renewed for a seventh installment, which guarantees an even longer life for what is undoubtedly one of the fashionable series. Who said fantasy and time didn’t go together perfectly?

ALSO, READ;  Outlander Season 7 Announced! Here’s What You Must Know

Here are 4 keys to Outlander season 6 :

1. CLAIRE’S ATTEMPT TO GET BACK TO NORMAL

The brutal attack suffered by Claire in the finale of Outlander season 5 is going to have consequences. The only way to get over it is Jamie’s deep and sincere love and the couple will continue, as the official synopsis of the new installment anticipates, “fighting to protect their loved ones above all else.” And so we see them in the images, holding on, smiling, and trying to continue building their life, although they will not always be able to keep a situation under control.

“Even the most solid pillars can be decimated in the face of some obstacles,” reads the description in a clear reference to the political instability of the country and the relationship with some newcomers that do not allow things to go well.

In the midst of a whirlwind of events and changes, Claire will try to return to normal, but will still be very affected by the brutal violation suffered.

Several new faces arrive to turn everything upside down. The Frasers will be accompanied by the Christie family in this new stage, but not exactly for the better, since their patriarch, Tom, with whom Jaime coincided in Ardsmuir prison, has nothing in common with the protagonist.

The ingrained religious convictions of the Christies will not take long to translate into family tensions and generate all kinds of instabilities, so the arrival of this new family to Fraser’s Ridge will be problematic at a time that is already tense.

This family, already known to Diana Gabaldon readers, is made up of Tom Christie – played by Chernobyl actor Mark Lewis Jones -, the father, his distrustful son Allan (Alexander Vlahos), and his daughter Malva (Jessica Reynolds), who She will be immediately captivated by Claire’s way of being and thinking and will find herself torn between her desire for knowledge and the conservative upbringing of her family. And that will also stoke tensions.

The political situation will also profoundly mark Outlander season 6. As the Phrases aspire to “keep the peace and prosper in a society” in their life in North Carolina, a great revolution is coming and the birth of a new nation. And Claire knows it very well.

The instability begins to show and, Claire and Jaime not only have to deal with the tensions with the newcomers but with the conflicts that begin to arise in their community.

The sixth season of Outlander will adapt the novel Wind and Ash by Diana Gabaldon, the sixth book in the Outsider saga of which the series is an adaptation.

Twelve episodes make up the new installment of the series, which will be broadcast weekly by Movistar + in Spain