Outlander Season 6: Lizzie’s love triangle and who she will end up with 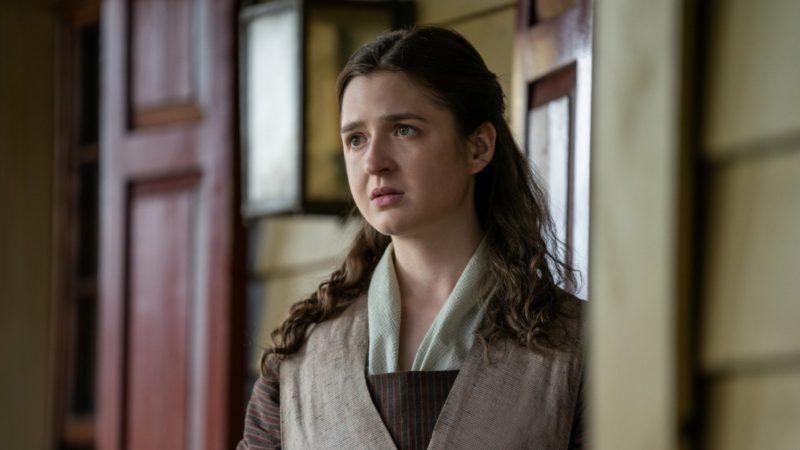 Ever since Outlander season 6 began, viewers have been watching each of its episodes fill with drama. However, one of the scandals that has been giving something to talk about is the situation of Lizzie (Caitlin O’Ryan) and the Beardsley twins, Kezzie and Josiah, played by the same actor, Paul Gorman.

Recall that Lizzie first joined the Frasers when she was destined to be sold as a concubine, but upon the arrival of Brianna (Sophie Skelton) from the future, she is placed in charge of her, becoming part of the family. Arriving at the community of Jamie (Sam Heughan) and Claire (Caitriona Balfe), Lizzie meets the Beardsley twins, Keziah and Josiah.

Raised in the country and unaccustomed to life among others, Kezzie and Josiah quickly fall in love with Lizzie as they teach them how to live in a civilized society in the midst of Outlander seasons 5 and 6. However, in the penultimate episode of the sixth installment, it is revealed that Lizzie is pregnant, but she is not clear which of the two the child is, which turns into a very curious love triangle.

Jamie and Roger (Richard Rankin), learning of the situation, hold a ceremony for Lizzie to marry Kezzie. Then another fasting marriage ceremony for her to also marry Josiah. And while it may be unconventional, the ancient hand-binding process is poorly defined enough to allow non-traditional binding, meaning both ceremonies can be valid.

In fact, the first time viewers saw a union by hand was when Brianna and Roger got married in Season 4. It’s a very old tradition that some believe predates the Christian religion, however it became more widely known. in the middle Ages. However, the practice was legally recognized and very common in Scotland until the Marriage Act of 1939.

Interestingly, the show seems to follow exactly what Diana Gabaldon wrote in the Outlander books, specifically in the books “A Breath of Snow and Ashes”, which is based on the sixth installment of the drama.

According to the books, now the twins Beardsley and Lizzie devise a plan to avoid scandal among the community, telling everyone that he only lives with them, which was not uncommon at the time. Which results in peace and joy for the love triangle, who will continue to have children and build a happy life in Fraser’s Ridge.

Ozark: With which relative did Jason Bateman share the screen before the famous series