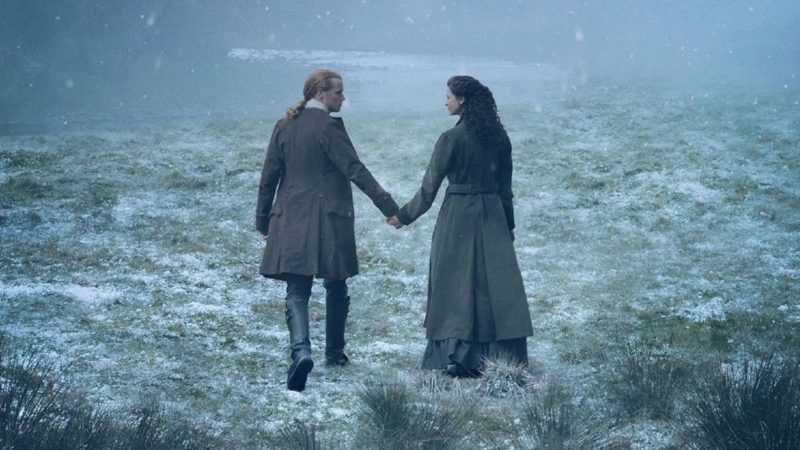 Outlander, the successful time travel series that premiered its season 6 in early March, is culminating this installment with a devastating narrative. The Starz drama Fantasia returned last Sunday after a two-week hiatus that began after episode 6 aired and left fans with a heartbreaking scene. (Spoilers for episodes 6 and 7)

The end of episode 6 of the sixth season of Outlander showed a gruesome scene when Claire (Caitriona Balfe), still dazed by the effect of the ether, went to the garden of the Fraser house, finding Malva Christie (Jessica Reynolds) lying in the grass with his throat cut. And although she made an attempt to save the baby, she unfortunately after opening her womb realized that she was dead.

Without a doubt, this is one of the darkest scenes that Outlander has presented throughout its six seasons. As stated before, Malva’s death will have consequences for the Fraser families, especially since Claire is the main suspect in the murder of the young newcomer to Fraser’s Ridge. Practically that, was what began to happen in episode 7.

Outlander returned with Season 6 Episode 7 on Sunday, April 24 via Starz. And unsurprisingly, things are getting tough for Claire now that the townspeople, including Malva’s father and brother Tom and Allan Christie, are turning on her and her husband for murdering Reynolds’ character.

In the Starz fantasy drama, guards are on their way to Fraser’s Ridge to arrest Claire. And as the promotional trailer for Season 6 Episode 7 released on Sunday reveals, things get turbulent when Claire and Jamie put up a fight while fighting. Recall that a year ago Sam Heughan and Caitriona Balfe hinted that an upheaval was brewing in the family settlement.

The events are taking place just before the American Revolutionary War. But the issue of revolution is not just about the political climate. It’s also about what’s going on with Jamie and Claire as they’re starting their own revolution, showrunner Matthew Roberts revealed ahead of the season 6 premiere.

“There will also be a revolution with them, and I think that is what will happen throughout the season. You have a base. When those foundations are shaken and there is a revolution, you have to deal with it. That’s the theme of the season,” Roberts told Elle magazine.

At the same time that Roberts was talking about revolution, Heughan and Balfe were hinting at the turmoil ahead for Jamie and Claire. The stars of Outlander promised a “very exciting season,” and they definitely delivered. The protagonists of Outlander also hinted at the time that turbulence was coming.

“Everyone is starting to find their place, and some are still struggling,” Balfe said. Heughan then promised, “The underlying theme of this season is definitely that there’s a lot more turmoil going on here.”

Raised By Wolves: The Reason You Can’t Look Necromancers In The Eyes