Outlander Season 6: Who is the mystery man that appears in episode 5 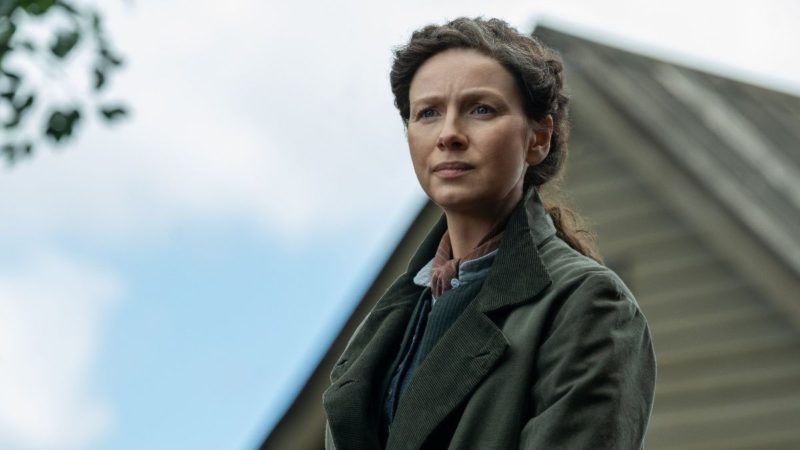 Outlander, the time-travel fantasy romance drama, premiered its season 6 on March 6 on the Starz broadcast network and is fast-forwarding to the end of its shortened eight-episode installment. The fifth installment aired last Sunday, showing a mysterious character who could cause Claire to relapse. (Episode 5 spoilers)

Outlander season 6 episode 5 titled “Give Me Liberty” could have brought back a character known to fans of the historical drama. Surprisingly, the Diana Gabaldon-inspired series featured a time traveler who shows up in Wilmington just as Claire (Caitriona Balfe) and Jamie (Sam Heughan) are visiting North Carolina.

According to the story of the fifth episode, Claire and Jamie attend the party of Flora MacDonald (Shauna Macdonald), who claims that a thief tried to steal her necklace, but despite having recovered the piece of jewelry, it was missing one of its parts. precious stones, which was apparently stolen by the character who never showed his face.

Let us remember that in Outlander, to move from one timeline to another, the use of precious stones is required. Therefore, it is likely that the thief who appeared in episode 5 of the sixth installment and the traveler who was introduced at the end of season 5, as a member of the group led by Claire’s attacker and tormentor, Lionel Brown (Ned Dennehy) , be the same person.

It was evident from last Sunday’s broadcast of Outlander that the thief with long, curly hair concealing his identity and holding a precious stone is eager to escape from 1770 North Carolina. Therefore, the description of the individual fits the physical appearance of Wendigo Donner (Brennan Martin), the man in Brown’s gang, who tried to help Claire at the end of season 5, while confessing to her that he was a time traveler from 1968 .

It’s important to remember that despite belonging to Brown’s group, Wendigo Donner was only a bystander when Claire was brutally abused by the group of men. Before the attack occurs, he introduces himself to her in the episode and asks her if she knows Ringo Starr’s name, immediately identifying himself as a time traveler who traveled with a group of other Native Americans for the purpose of helping save them from their dark destiny in history.

Read Also  The Eternals: Fans Spot A Cameraman In The Teaser! Mistake Or Plotted?

At the end of Outlander season 5, the man also told Claire that he was looking for precious stones so he could travel back to his original time. Therefore, that apparent need was what led him to steal the jewel. Outlander fans will have to wait for the next episode to confirm that the thief and the Wendigo are the same person.