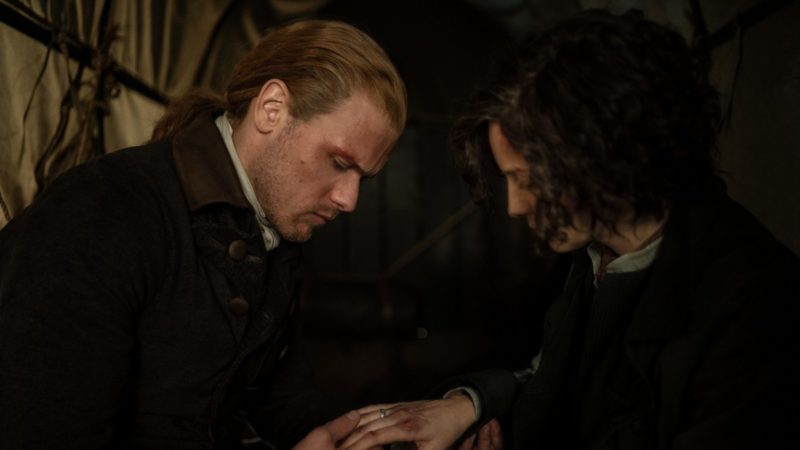 The sixth season of the time-travel period drama Outlander has finally come to an end on the Starz television network, where viewers have seen the continuation of the adventures of the Frasers and their family, who try to build a nice and quiet life in 18th century North Carolina. But, with the situation Jamie (Sam Heughan) and Claire (Caitriona Balfe) find themselves in, things seem to be getting that much more shocking, with Revolutionary War drawing ever closer. But, this is what is known about a seventh installment of the show Finale spoiler alert!

Due to the COVID pandemic, the production of the sixth installment of Outlander was actually delayed by almost 21 months between its previous season. But, according to the information that has been revealed on social networks and by the cast members themselves, season 7 is currently filming without any problem.

However, during an interview with Caitriona Balfe in early 2022, she revealed that Outlander season 7 will take at least 13 months to produce, due to the fact that there will be many more episodes and scenes more complicated by the theme of war. Which means that the release date would be scheduled for approximately May 2023. Although, other rumors suggest that it could be at the end of this 2022 to go without any problem.

Read Also  Grey's Anatomy: The 2 sad theories that ensure how the drama could end

Outlander season 7 will continue the events of the sixth installment, which is based on Diana Gabaldon’s book “A Breath of Snow And Ashes”, in addition the seventh installment will see part of the following novel “An Echo In The Bone” . Which means that the same cast members will continue to be shown with their main characters.

The end of the sixth season of Outlander showed us how Claire is imprisoned in Wilmington and could be tried for the murder of Tom Christie’s (Mark Lewis Jones) daughter, Malva (Jessica Reynolds), so if convicted , would be sentenced to hang immediately. Meanwhile, Jamie has just been rescued from the clutches of Richard Brown’s (Chris Larkin) Security Committee.

Now, Jamie is preparing alongside young Ian (John Bell) and John Quincy Myers (Kyle Rees) to rescue Claire from prison, which means we could see another shocking breakout, but viewers are hoping she gets to talk to him first. the other time traveler found in the same jail that was shown in episode 6, Wendigo Donner (Brennan Martin).

Recall that, due to filming problems during the pandemic, the sixth installment of Outlander was reduced from 12 episodes to eight, which made it the shortest of the drama that has ever existed. The good news, however, is that those four episodes have been moved into season 7, which will run for 16 episodes.

It only remains to wait for season 7 of Outlander, which will be based on the seventh book by Diana Gabaldon, An Echo In The Bone, which takes place between 1776 and 1778, and the Declaration of Independence was signed on July 4, 1776, while the war continued until 1783.