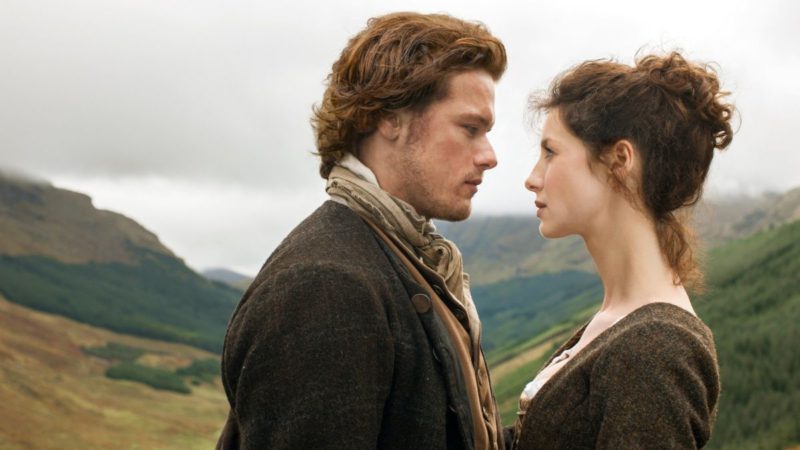 Based on the historical novels written by Diana Gabaldon, Outlander has now resumed filming for season 6 and it was recently announced that they have been renewed for a seventh season. Since 2014, the love story of Claire Randall/Fraser (Caitriona Balfe) and Jamie Fraser (Sam Heughan) has captivated fans in awe and wonder. There is nothing like this series, although there are many historical dramas like The Crown and Versailles.

Since the pandemic halted production, fans have rewatched the series through season 4 on Netflix and season 5 on Starz. From what we know so far, Season 6 will air sometime in early 2021, which means Season 7 will follow soon after, or… maybe not?

After the season 5 finale, things were a bit tense after Claire and company sought revenge on their brutal captors, and now, skipping the entire season, what do we know about season 7?

What is the plot of Outlander season 7?

Executive producer Matthew B. Roberts expressed his excitement over the 12-episode order for season 7 while offering a major plot reveal. Since the show follows the nine-book series, Roberts reveals that Echo in the Bone will be the inspiration for the season. If fans keep up with the novels, they’ll get an idea of ​​what that means.

The overarching story follows the adventures of Jamie and Claire as they continue to America during the Revolution. They are joined by his nephew Ian Murray, played by John Bell in the TV series, his old friend Lord John Gray (David Berry), and Jamie’s illegitimate son William Ransom, played by young Clark Butler in season 3. Hopefully this is a sign that these characters will also be returning for Outlander season 7.

The story also follows Brianna and her husband Roger, who has returned to the 20th century with their two children, Jem and Mandy. Since the show has stayed true to the Diana Gabaldon series, this will likely be the same for season 7. The new season will likely be available on Netflix at least a year or more after the season finale airs. . Long story short, don’t expect to see anything on Netflix before 2023.