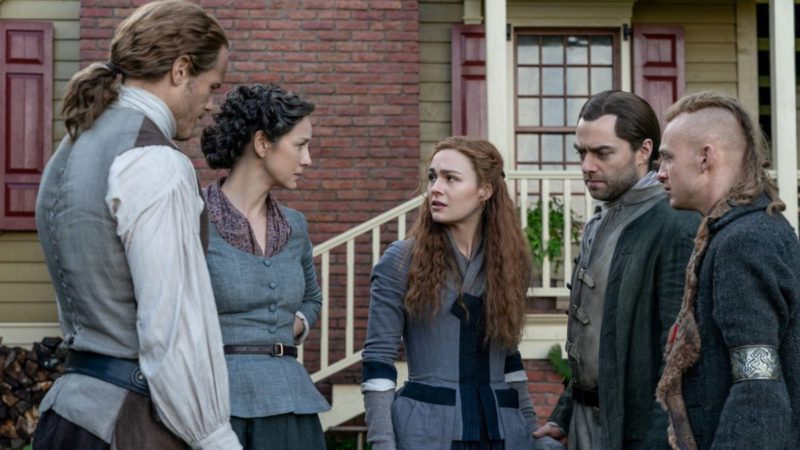 Starz’s popular drama Outlander is gearing up for its season 6 premiere, as fans continue to wonder about the obituary from the future showing the deaths of Claire (Caitriona Balfe) and Jamie (Sam Heughan) in a fire. But what is known so far?

Something that has kept Outlander fans on edge is Claire and Jamie’s obituary, in which they die in a fire at Fraser Rigde. In addition to the threat that Richard Brown (Chris Larkin) made to Jamie.

Recall that during the fifth season of Outlander, Claire was raped by the brother and leader of the Brown Richard Brown, Lionel Brown (Ned Dennehy) and his men. But, moments before Lionel was killed by Marsali (Lauren Lyle), he had this to say:

This infuriated Marsali much more, for what they did to Claire, murdering him with an injector to his throat causing him to agonize to death.

Jamie takes Lionel’s body to his brother Richard. But, Richard seeing his brother’s body tells Jamie a worrying threat that has all the fans anxious about the future of the series.

Richard’s threat is the one that keeps fans worried about the obituary of the future, because this man could be the one who sets Jamie and Claire’s house on fire.