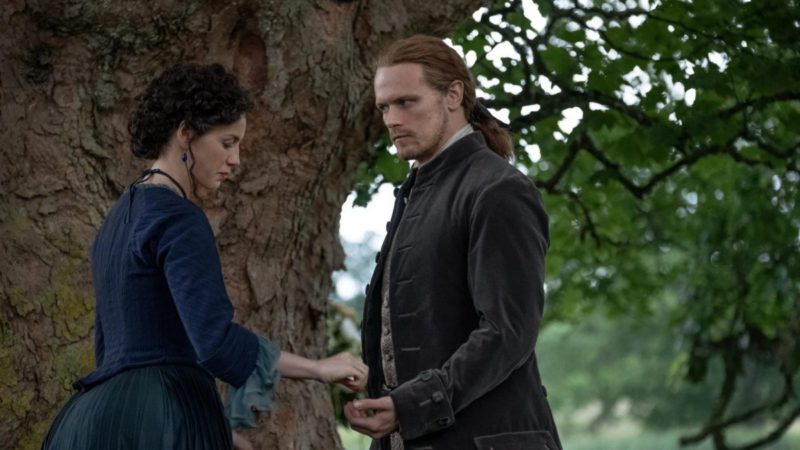 Outlander, the historical romance-fantasy drama from the Starz broadcast network, premiered its eight-episode season 6 on March 6. After the sixth episode aired on Sunday, April 10, the series, which stars Caitriona Balfe as Claire and Sam Heughan as Jamie, went on a short hiatus, but will return in two weeks with the new story.

Outlander season 6 is the shortest in the series’ entire run. However, the production of the successful drama promised that the seventh installment will have a total of 16 installments, as a way to compensate the fans of the show who have been waiting for a long time to see their favorite characters again on their screens.

While the sixth installment took a long time to premiere, the good news is that season 7 of the series is on the way. The next episodes, inspired by volume seven of the literary saga of the same name, began filming weeks before the end of the current season, as confirmed by Sam Heuhgan when he shared a photo of himself with Balfe, Sophie Skelton and Richard Rankin in the filming set.

Additionally, Deadline reported that showrunner Matthew B. Roberts promised a season 7 premiere in late 2022 or early 2023. That’s why the Outlander cast and crew have already been on set for several years. weeks, because this installment will be longer than all the previous ones.

Outlander season 7 will likely have four main storylines. Based on book 7 ‘Echo in the Bone’, if the adaptation follows the story to the letter of the author Diana Gabaldon, it will find the main characters between the United States, London, Canada and Scotland, with a story that will take place in the midst of the Revolutionary War, circa 1777.

The book’s four main stories focus on Jamie and Claire, Roger and Brianna, Young Ian (John Bell), Lord John (David Berry), and William (Oliver Finnegan). And as Gabaldon explains on his website, all of these stories “intersect at the nexus of the American Revolution, and all of them with sharp points.”