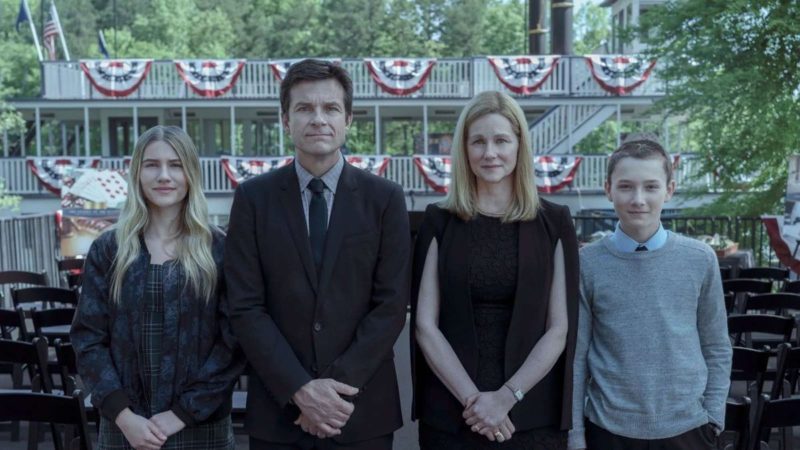 The end of the fourth and final season of Ozark has given the subscribers of the Netflix platform something to talk about, revealing how all the decisions made by the Byrde family affected everyone around them. However, according to comments made by the drama’s showrunner, Chris Mundy, his last name would have something to do with everything that was happening on the show.

Ozark focuses on the Byrde family’s journey through the ups and downs of the dark underbelly of the Ozarks lakes, after making various associations with criminal dangers. But, the show not only highlights the dangers of the Byrde family, it also portrays how their cathartic actions affect those around them, fleshing out the stories of its main and supporting characters.

Among all the little details that have been showing since the first season of Ozark, is the help and war they had between the Langmores and the Byders, throughout the show. However, showrunner Chris Mundy revealed a great curiosity about the Byders’ last name.

According to Chris Mundy, the analogy of the Byrde surname refers to Bird, which in its translation would be “bird”. Which means that the Byrdes flew from their nest to the Ozarks lakes, to invade them causing chaos and destruction, affecting the natural balance of the place, leaving death in their path.

“They literally flew from where they were.”

Just as invasive non-native birds threaten the entire ecosystem that surrounds them, the Byrdes have severely affected the lives of those who crossed their path, removing from the path the Langmores, who were practically the leaders of the people full of disrepute. However, all invasive species at some point end up losing, as happened in the final episodes of the fourth season of Ozark.

The showrunner assured that the Byrdes are an invasive species in the Ozarks because if it were not for them, many people would still be well and alive. Looking back at the violent chain of events the Byrdes started by moving to the Ozarks, Chris Mundy’s analogy makes a lot of sense.

Although there are other families that were also disputing dominance in the Ozarks, the reality is that the path to achieve it left a bloodbath. Fans have been talking about the shocking turn that Ozark had in its fourth and final season, especially because of the few characters that ended up surviving and that it has been giving people something to talk about.