Paul Bettany’s response on Vision that shocked fans, will he return for Doctor Strange 2? 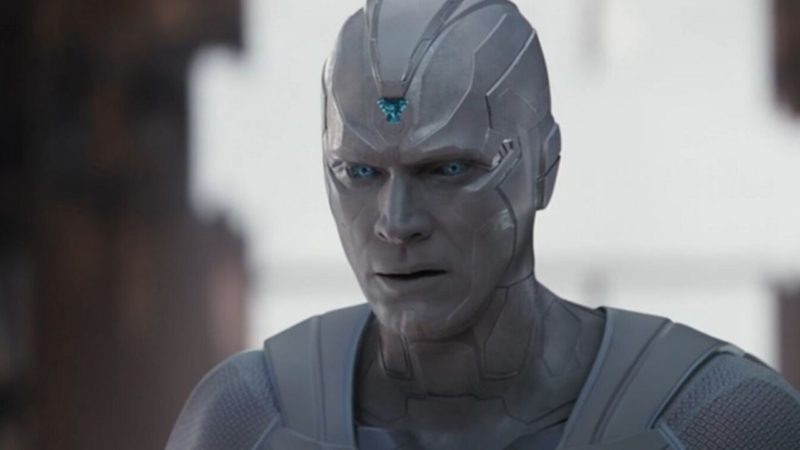 In just a few weeks Doctor Strange in the Multiverse of Madness arrives in theaters, the solo continuation of the character played by Benedict Cumberbatch in the Marvel Cinematic Universe.

As confirmed, the film directed by Sam Raimi will be a continuation of the events that occurred in Spider-Man: No Way Home. In said film, Doctor Strange casts a spell to help Peter Parker (Tom Holland), but it ends up opening the gates of the multiverse, exposing his dimension to multiple threats.

It will also be a continuation of WandaVision, the miniseries starring Wanda Maximoff, played by Elizabeth Olsen, who will play a key role in the sequel to Doctor Strange. In said fiction, Wanda tries to overcome the loss of her beloved Vision of her (Paul Bettany) and unleashes her chaos magic to create an alternate reality in which both can be together, and even have children. However, Wanda ends up confronting the reality of the events and assuming her true identity by becoming the Scarlet Witch.

Olsen and Bettany in WandaVision

Multiverse of Madness will also have Wanda as one of the central characters, as well as many other characters scheduled to make an appearance or cameo in the film.

Vision has been one of the central characters in the development of Wanda’s story, since her first appearance in Avengers: Age of Ultron. It must be remembered that in the MCU, Vision takes his first steps as JARVIS, the artificial intelligence program created by Tony Stark/Iron Man (Robert Downey Jr.), and that ends up coming to life thanks to Ultron, along with the help of the Mind Stone, one of the Infinity Stones.

Despite being one of the central characters in the Avengers team, his life comes to an end at the hands of Thanos, who seeks to collect all the Infinity Stones, stripping the hero of the Mind Stone. Considering that WandaVision takes place after Avengers: Infinity War and Avengers: Endgame, many fans are wondering if the synth will show up again in the MCU.

Read Also  Al Pacino's best and worst works: where to see them... and where not to

Vision, one of the most powerful Avengers

What did Paul Bettany say about the possible return of Vision?

Recently, Paul Bettany participated in The Late Show With Stephen Colbert, where he was asked about the fate of his character and if he will be back in Doctor Strange 2. True to Marvel style, the British actor tried to dodge the question by giving an answer somewhat cryptic that has left fans speculating.

#PaulBettany he was shy about himself #WhiteVision from #WandaVision will meet with #WandaMaximoff in #MultiverseOfMadness “I can neither confirm nor deny the rumors that I am in the said and mentioned #DoctorStrange 2”.pic.twitter.com/WWez31ad4W

Although he does not confirm his participation, the interpreter does not deny it either, so fans have some hope that he will appear in the aforementioned sequel. Although the colorful version of Vision that we all know has definitively come to an end, there is still White Vision, created by the government agency SWORD, who gives him the order to destroy Wanda. Towards the end of WandaVision, the original Vision manages to restore Wanda’s memories of White Vision, coming to understand that she is not the enemy and eventually escapes from her.

We will surely find out what happened to Vision and if he will be back when Doctor Strange in the Multiverse of Madness hits theaters on May 6.

The Boys Season 3: What we suspect about the criticism of actor Jensen Ackles