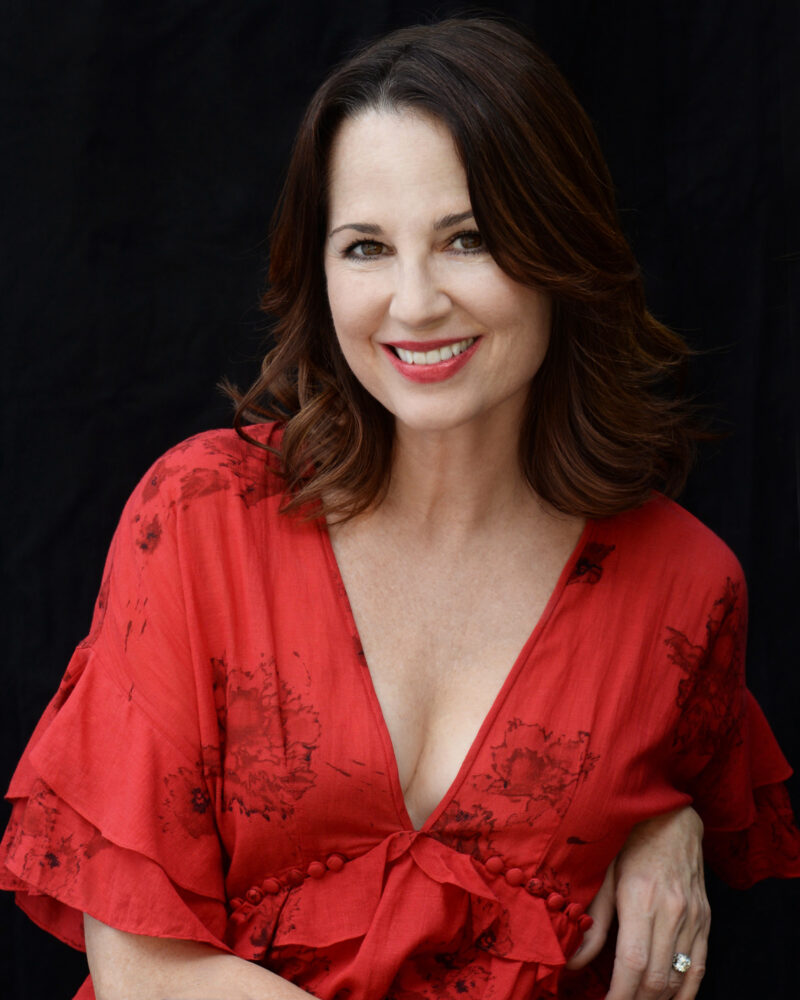 “I am an actor. I like to act.” reads her Instagram bio, which reflects in her filmography. Whether a guest appearance in a sitcom or a full-fledged role in a movie, she plays her characters with utmost convention and honesty.

Anyone who is a hardcore sitcom enthusiast would know Paula Marshall. With a sea of guest appearances in popular sitcoms and drama series, this American actress is a household name. Her works include Cupid (1998), Gary Unmarried (2008), Californication (2007), Showtime (2007), Nip/Tuck (2007), and more. Her latest work includes Malignant (2021) and Walker (2021).

Here is everything to know about Paula Marshall.

A Closer Look Into Her Family and Personal Life

Paula was born on June 12, 1964, in Rockville, Maryland, USA. Her mother is Betty Marshall, and her father is Jim Marshall. Her brother Bob Marshall is a famous Virginia politician.

Bob came into the limelight in 2017 (for all wrong reasons) for the “bathroom bill” that proposes people in government buildings, public schools, and other such public places should use the restroom as per the gender shown on their birth certificate. Hence, prohibiting transgender people from accessing restrooms of their born gender. Danica Roem, a transgender candidate put the stopper on his aspirations in November 2017 state election. Paula quoted her brother’s attitude as homophobic.

She graduated from Robert E. Peary High School in Rockville in June 1982.

Paula was married to Tom Ardavany, but their marriage hit a rock. She then married Danny Nucci on October 12, 2003. The couple has one child together. Their daughter, Maya Nucci came into the world when Paula was 40. She is the sister-in-law of Elle Nucci and Natalie Nucci.

Paula began her love affair with television and movies in 1989 when she played Kelly Weston in One Life To Live. In the following year, she appeared in three different shows, including True Blue, Mancuso F.B.I., and The Flash, where in the latter, she played Iris West, Barry Allen’s (Flash) love interest. Her other stint with the DC Comics media came in 1991 when she essayed the role of Christina Riley in Superboy.

She appeared in a guest role on The Wonder Years (1992), and also guest-starred in other shows, including Grapevine and Life Goes. In the same year, Paula got an opportunity to be a part of the movie, Hellraiser III: Hell on Earth. She played the character of Terri.

In 1993, she appeared in Warlock: the Armageddon as Samantha Ellison. Paula also appeared in four television shows- Seinfeld, Lost in the Wild, Full Eclipse,
and A Perry Mason Mystery: The Case of the Wicked Wives as Sharon, Jill Houston, Liza, and Margo/ Debra Walters, respectively in the same year.

The year 1994 proved great for Paula as she grabbed her first sitcom lead role on Wild Oats. She essayed the role of Shelly Thomas. In the same year, she appeared in another show, Diagnosis Murder, as Cindy Martin and in a movie, The New Age, as Alison gate.

The world saw her as Dr. Abby O’Reardon in the cult classic W.E.I.R.D. World in 1995. In 1996, she appeared on television in Nash Bridges as Eve and in the movie A Family Thing as Karen. The Single Guy, Chicago Sons, and Spin City came in 1997 with Paula in small roles. She was also seen in That Old Feeling alongside Danny Nucci, her husband, in the same year.

Read Also  Who is Elva Guerra: Beauty, Talent, and Mystery

In 2003 came Cheaper by the Dozen, the remake of Steve Martin-Bonnie Hunt, in which she essayed the role of Tina Shenk and played Kathryn Hammond in Miss Match on television. Unfortunately, the series got canceled even before it aired. She got a four-episode role in Rob Thomas’s Veronica Mars.

The world saw her in the lead role again in the sitcom Out of Practice, which aired from 2005 to 2006. Nip/Tuck, Californication, and Gary Unmarried ran from 2007 to 2008 and saw Paula playing recurring roles. She also appeared as Mary Toland in the movie I Know Who Killed Me (2007) and as Michelle in the short movie, Helping Hand (2008). In 2011, she appeared in four television shows, including Little in Common, House, Friends with Benefits, and The Exes.

In 2012, Paula guest starred in CSI: Crime Scene Investigation as an owner of an oil company. In 2013, she starred in The Mentalist, The Haunted Hathaways, and Two and a Half Men. In the latter, she essayed the role of the transgender girlfriend of Alan Harper.

After a hiatus of two years, she appeared on television, reprising Marsha Jacobs in Euphoria and Helena Diaz in 9-1-1. In 2020, she appeared in The Modern Family, and in 2021, in Walker. In the same year, she also appeared in the movie, Malignant.

A Tale of Her Misfortunes

She was also a part of many pilots that never made it to the light of the day, such as Cooking Lessons and Sticks.

Before her stint in front of the camera, Paula also did modeling. She also worked at the National Institute of Health as a typist. Paula Marshall’s never say die attitude turned her into a successful actor. The unfortunate cancelations of her shows never made her question her talent. With every blow, she rose higher. Her perseverance made her what she is, and we all love her for that.

Who is Elva Guerra: Beauty, Talent, and Mystery

BMF Season 2: The Mafias Are Here