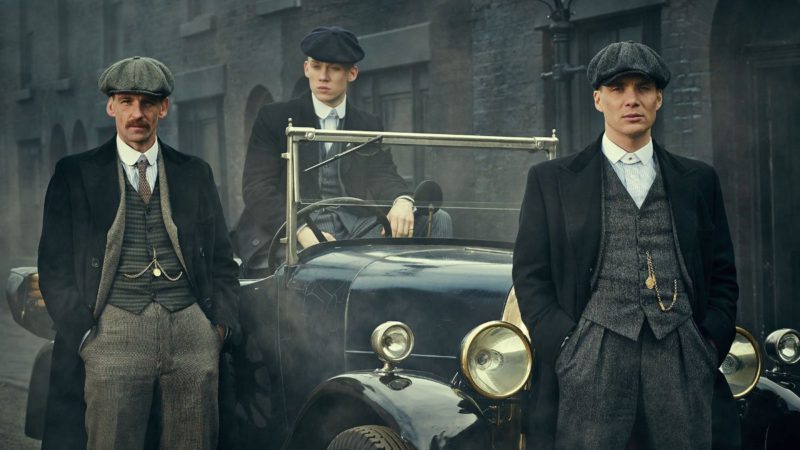 After its debut on the BBC television channel in 2013, Peaky Blinders finally came to an end with the last episode of the sixth season. However, in this chapter, many viewers were left with doubts regarding the unfolding of this story starring Tommy Shelby (Cillian Murphy). Spoiler alerts!

After almost a decade on the air, Sunday night on the BBC network saw the epic conclusion of Peaky Blinders. There is no doubt that viewers were stunned by a final plot twist experienced by the Shelby gang leader. Even so, many ends were left loose, a perfect ending to give rein to the wait for the feature film that was announced some time ago.

What did Tommy whisper to Duke?

Tommy said goodbye to his family and friends, without mentioning where his next destination would be. At a dinner in the woods, he told his son Charles Shelby (Billy Jenkins) to take care of his mother. However, just as he addressed a few words to Charles, he also addressed his eldest son, Duke Shelby (Conrad Khan) and whispered mysterious words to her. Theories about this question is that Tommy is possibly grooming Duke to lead the dreaded Peaky Blinders.

Read Also  Outlander Season 7: What we should expect from the new season of the series

What is the fate of Finn Shelby?

The final plot of Peaky Blinders, without a doubt, surprised everyone, especially after it was discovered that Finn Shelby (Harry Kirton), had been transferring information about Tommy’s plan to assassinate Oswald Moseley (Sam Claflin). It was the same Duke who informed his uncle that he no longer belonged to the family, banishing him from his roots. Since then, many have wondered about the whereabouts of the youngest of the Shelby brothers. Fortunately, everything seems to indicate that Finn will have an important role in the next feature film that will be released.

What happened to Gina Gray?

Although Gina Gray’s (Anya Taylor-Joy) husband, Michael Gray (Finn Cole), failed to survive the plans of Tommy Shelby, fans are wondering about the whereabouts of Gina and Jack Nelson (James Frecheville), who managed to survive. . Although it is not known for sure what happened, strong theories affirm that in the film, these characters may seek revenge on Tommy.

How did Tommy know the whereabouts of his wagon?

After parking his wagon on Dr. Holford’s (Aneurin Barnard) lot, it ended up in a fire. What many Peaky Blinders viewers wonder is whether or not the gangster knew he was in the doctor’s land before discovering the truth about his web of lies.

How did Johnny Dogs know how to change the pumps?

In order to end Michael’s life, Tommy ordered Johnny Dogs (Packy Lee) to change the pumps. He this one did it by cleverly trading bombs with the Boston mobsters. However, many were impressed with how Johnny knew how to change the pumps in the first place. In fan theories of him, many claim that he may have gained knowledge behind closed doors.