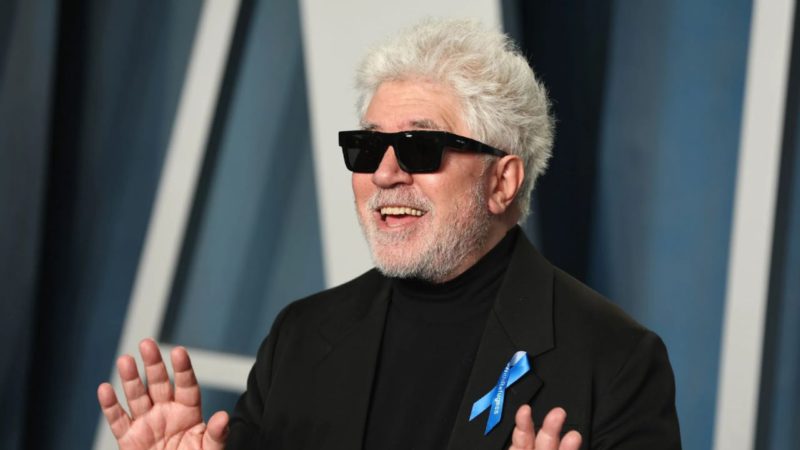 This past Sunday, Pedro Almodóvar traveled to Los Angeles to witness the Oscar Awards ceremony in person, where his film Parallel Mothers (available on Netflix), had two nominations. Interestingly, the filmmaker decided to narrate his experience with an open letter, in which he spoke in detail about every moment of the night, as well as the secret mission he was carrying out that night.

“Yesterday was a tiring day, especially at night.” begins the acclaimed Spanish filmmaker in his open letter that he made exclusively for Indie Wire. “One of my secret reasons for being in Los Angeles (besides holding hands with Penelope at the Dolby Theatre) is to meet some actors while I think about the cast of my next film, which stars Cate Blanchett and is based on five stories. by Lucia Berlin from her book A Manual for Cleaning Women. It’s an open secret, but I can’t talk about the film, on orders from my production company El Deseo. Things should not be talked about until they are signed, sealed and settled with contracts.”

Thus, Pedro tells us that his trip to the Oscars ceremony was not just to support Penélope Cruz and Alberto Iglesias for their respective nominations for Best Actress and Best Soundtrack for their work on their most recent film, Madres Paralelas. Almodóvar was also in a secret casting process with the biggest actresses in the entertainment world. In his letter, Pedro also makes small predictions before entering the Dolby Theater and seeing who wins. The Spaniard was an advance, as he successfully predicted the Oscar for Best Picture for CODA, the 6 technical Oscars for Dune and the three winners in the supporting acting categories (male and female) for Ariana DeBose and Troy Kotsur, as well as the Oscar for Best Actor for Will Smith. However, Pedro was disappointed as he believed that Penelope could win the Oscar for Best Actress, an award that ended up in the hands of Jessica Chastain for The Eyes of Tammy Faye.

“Inside the green room, I can drink a glass of water and take my painkiller so the rest of the night won’t be hell.” says Pedro, who tells us that spending so many hours in the Dolby Theater is not easy at all. However, despite leaving with a slight disappointment in his protagonist, and the long installment, Pedro was a big fan of the little meetings we had throughout the ceremony.

“My favorite moment was when they appeared at the back of the stage, walking all the way to the center: Francis Ford Coppola, Al Pacino and Robert De Niro. A well-deserved standing ovation to celebrate the 50th anniversary of one of the great monuments that cinema has given. Classical, transparent, slow, like the rhythm of the three men who receive unanimous applause, the film has not lost a single frame of perfection. The Godfather, you can’t say more.”

In addition to this moving moment that recalled the 50th anniversary of The Godfather, Pedro also appreciated the presence of the cast behind Quentin Tarantino’s masterpiece, which was also recently re-released in theaters. “It is the night of the two threesomes. I even managed to get emotional with the appearance of Samuel L. Jackson, Uma Thurman and John Travolta, reminding us that almost 30 years ago Pulp Fiction won the Oscar for its screenplay and reminding us why Pulp Fiction was the most important movie of the 90s and poison for the legion of imitators that barely appeared disappear.”

As for the moment of the night that nobody stops talking about, Pedro Almodóvar also expressed his opinion in the letter to Indie Wire. “I have deliberately avoided the violent episode that is the only thing that is talked about the next day.” Almodóvar said about the controversial episode in which Will Smith slapped Chris Rock after a joke involving his wife Jada Pinkett-Smith.

“I refuse to let that episode mark the gala and be the protagonist of a ceremony where many more things happened and of much greater interest. For example, there were big winners like Drive My Car was hands down my favorite movie of the year, and it won Best International Film, as well as Summer of Soul, my favorite documentary.”

Apart from the events of the ceremony itself, Pedro also tells us about his favorite meetings with other filmmakers and actors during the famous Oscars “after-parties”. At the Saint Laurent party, the Spanish filmmaker met a bunch of nominees, some of them fans of his work. “I’m not used to people telling me ‘I grew up with your movies’, not only because it makes me feel old, that’s irrelevant, but out of sheer modesty.” Almodovar says. “One of my fans is Joachim Trier, the director of the delicious The Worst Person in The World. He tells me how he liked Dark Habits (1983) and Matador (1985), which makes him a true historical fan, and not a modest appreciator.”

After that episode, the director comments on his brief encounter with Paul Thomas Anderson. “We met a long time ago, in 2002, at the Cannes Film Festival. I gave him the award for Best Director for a film that has an unpronounceable title for me, “Punch Drunk Love”, and that night we celebrated intensely in the clubs of the Côte d’Azur.” The Spanish filmmaker exchanged words with the acclaimed PTA and recognized him for his excellent work at Licorice Pizza, where he also became a fan of his breakout stars, Alana Haim and Cooper Hoffman. “It’s been years since we’ve seen two presences like hers in the cinema, so fresh, so seductive, so personal. I fell in love with them, as did the camera that shot them on film.”

The director also details how his meeting with Zendaya was, of whom he recognized being a fan for his work in Euphoria and Malcolm and Marie. “I ask her for a photo and I am amazed at how tall and beautiful she is.” Regardless, the best moment of the night has to be his encounter with Al Pacino. As they walked the halls of the after parties with Penélope Cruz and her husband Javier Bardem, Pedro says that the acclaimed Spanish actor saw Al Pacino from afar and exclaimed: “I have seen God.”

After meeting, the group could not resist asking Pacino for a photo, but in the middle of the conversation, Pedro Almodóvar makes a peculiar joke that could be the best of the night. “I look at Al and say, ‘You, Al Pacino. I, Al Modovar’. Javier is dying of laughter. I think it’s the worst prank I’ve ever pulled in my life.”

Outside of this brief compilation of Pedro Almodóvar’s open letter about his experience at the last installment of the Oscars, the entire text narrated by Pedro for Indie Wire in English can be read here.

Vikings: What we suspected about the change of one of its main characters