WandaVision managed to be a success on another platform

The manger that from today can be visited In St. Peter’s Square in Vatican City It is postmodern in style, is made up of large, multi-colored ceramic figures and includes the image of an astronaut.

The inauguration of the manger, carried out in 1965 by the FAGrue Art Institute of Castelli, in the Italian region of Abruzzo, it was held this afternoon and was in charge of the president of the Governorate of the State of Vatican City, Cardinal Giuseppe Bertello, and the secretary of that body, Bishop Fernando Vérgez, without the presence of the Pope Francisco.

The work, in which traditional figures of the Catholic tradition are mixed with other added ones, such as that of the astronaut, was carried out by students and teachers of the same Art Institute “FA Grue”. 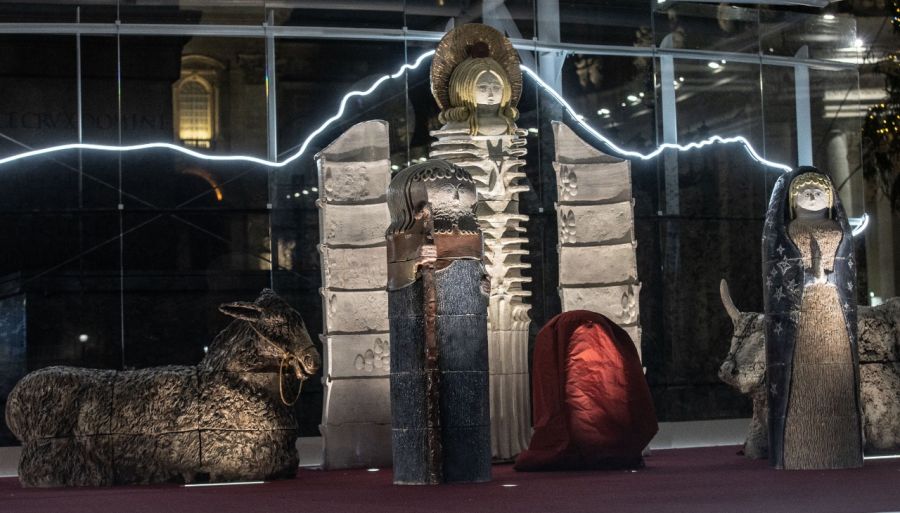 Every year the Pope visits the manger in St. Peter’s Square on December 31 after celebrating the vespers and the Te Deum Thanksgiving for the year ending.

The main figures of the manger of Belen, that is, the images of Mary, Joseph, the Angel, the Magi and the animals in the manger, the ox and the mule, are represented in the classical style and are identifiable. 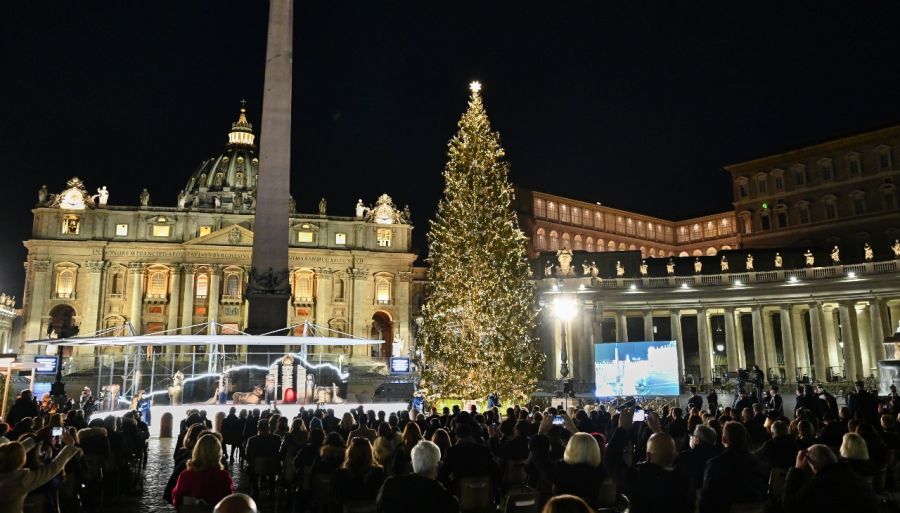 In total, the original manger had 54 large statues including a Muslim, a Jew and even an executioner, although they were not all exposed.

This manger already was exhibited in Rome in 1970, and then it was transferred for exhibition to other cities such as Jerusalem, Bethlehem and Tel Aviv.

Until January 10, the statues can be visited in San Pedro Square along a luminous platform of about 125 square meters that surrounds, on a slight slope, part of the obelisk characteristic of the place. 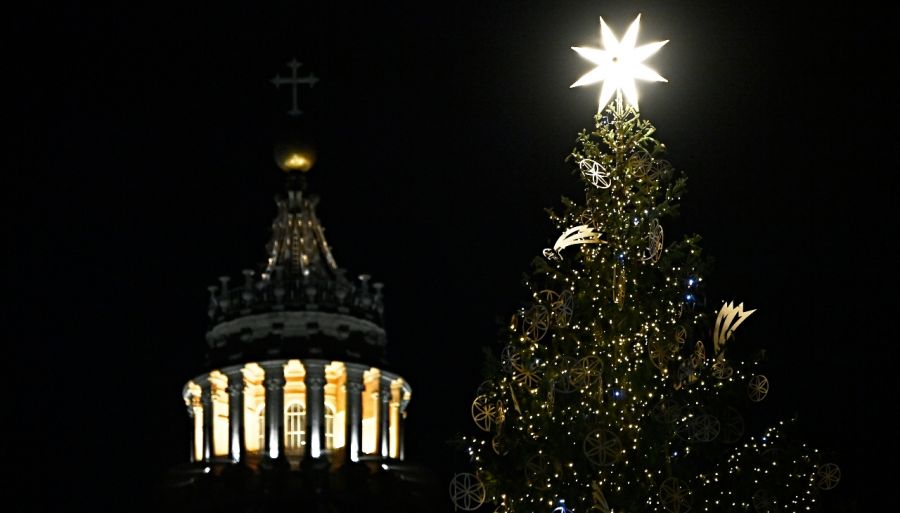 Next to the manger, the Christmas tree chosen this year by the Vatican is a spruce from Kocevje, a town in the Slovenian Rinza river basin, Bertello said.

The virgin forest from which the tree was extracted is one of two Slovenian forest reserves, the other is Sneznik-‘drocle (in the Notranjska region), one of the 63 primordial ancient beech sites on the World Heritage List of the United Nations organization for Education and Culture, Unesco. 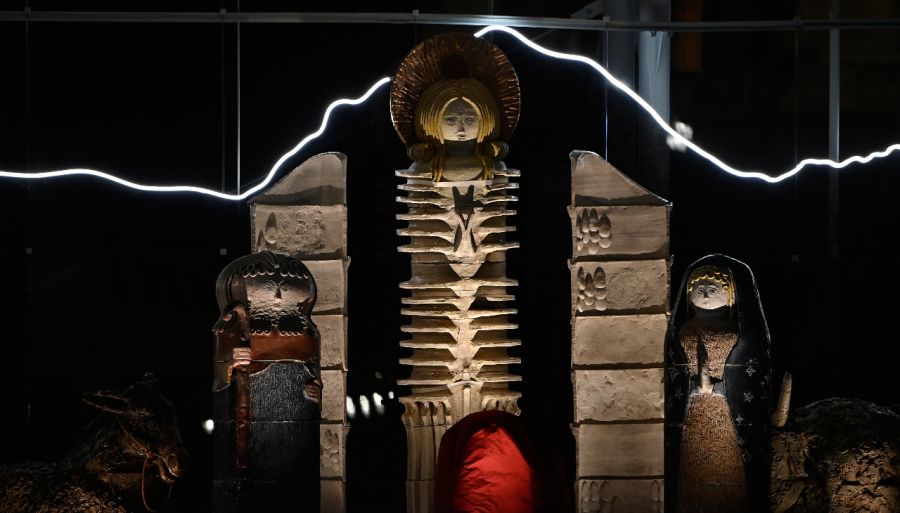 This morning, Pope Francis received in a private audience with the delegations in charge of the manger and the tree and he pointed out that “never like this year” the two icons of Christmas will be “a sign of hope for the Romans and for the pilgrims who will have the opportunity to come and admire them.”