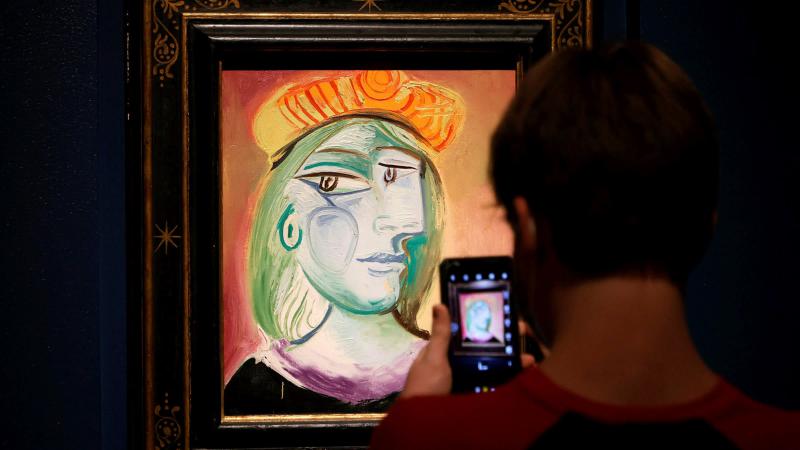 MGM Resorts has sold off 11 Picasso Paintings from their collection at a Sotheby’s event on the Vegas Strip. Although the paintings fetched over $109 million in total, the auction was much more relevant than simply the funds generated. As stated by Ari Kastrati, chief hospitality officer at the MGM Resorts, the auction was simply one step in the company’s multifaceted plan to diversify the Wynn’s Mirage and restructure it to better suit the parent company’s new image. According to Kastrati, MGM now generates more than 70% of the company’s total revenue from non-gambling activities, which is part of the reason why they are focussing on transforming MGM into an “experiential” company.

The Sotheby’s Auction on 23rd December 2021 was unusual for a number of reasons. First and foremost, this was the first time in history that Sotheby ever hosted an evening auction in the United States that wasn’t located in New York City. The event also saw Olive Barker (Chairman at Sotheby’s) acting as the auctioneer, which in itself is a rarity. Although the names of the buyers and bidders present at the ceremony were not disclosed for obvious reasons, the fact that Leonardo di Caprio was present at the unusual and grand event could not be kept under wraps.

It wasn’t made clear whether the sale was intentionally dated only two days before what would have been Pablo Picasso’s 140th birthday. Given that the event was not held on the iconic artist’s birthday and none of the MGM executives mentioned it, this might only be coincidental in nature. However, the night’s most unusual facet was the auction itself, as the decision was most certainly unprecedented.

In fact, fine art sales of this magnitude are themselves extremely rare for the Vegas Strip, making the Sotheby’s event easily the biggest one yet. Since MGM Resorts bought the Wynn’s Mirage over 20-years ago in 2000 ($4 billion+), they have not done much to change the place’s image. This was because the patrons loved it for what it was, and business was good. The paintings had hung for so many years even after the acquisition, that the management’s decision to sell off 11 of the 22 Picassos former owner Wynn had proudly collected did initially come as a surprise.

Are Online Casinos Cutting into the MGM’s Profit?

The massive and rapid growth of the online casino industry might have had a bigger impact on MGM’s shift away from the gambling and gaming industry than they would like to admit. On taking Ari Kastrati’s statement where he clearly mentions that over 70% of the MNC’s funds are now being generated from non-gambling ventures, it would mean that MGM is losing ground and market in the gambling industry.

This is not conjecture but a fact since both online and offline gambling have grown exponentially in the last few years. If a major player is generating less than 30% of its revenues from a booming market, then it indicates that the business is definitely losing market share. As MGM Resorts was – and still is to an extent – one of the biggest, offline gambling conglomerates in existence, the connection between the growth of online casinos and MGM’s declining revenues from the same industry cannot be denied.

Read Also  6 Benefits of Having a College Degree

This is a global occurrence as well and is not only limited to the Vegas Strip or the US. For example, the same is true in the UK as well because the convenience of being able to access casinos from anywhere in the world has drastically cut into the market shares of local, traditional casinos. Compounded by the prevalent unsafe conditions, which had been prevalent for almost two years at a stretch, online casinos have become the only option for many gambling fans in the UK and overseas.

As one would expect, this has also created an opportunity for illegal casino sites to make a market for themselves online. Avoiding scam casinos and unregistered gambling sites have been made far easier than they were initially thought, thanks to OnlineCasinos.co.uk. The onlinecasinos.co.uk site only reviews legitimate, UKGC registered, and licenced online casinos, and they even sort and update the list of best casinos among the good ones on a regular basis.

The 11 Picassos were auctioned off for more than $109 million (£72.63 million) just two days before Pablo Picasso’s birthday after MGM having kept them untouched for more than two decades. There are two primary reasons behind it, although only one of them comes to us as the official one, with the other is implied.

Read Also  How to Quote a Book in an Essay?

The official reason, as stated by Kastrati is that some of the funds generated from the Picasso sales will be used to buy new art for replacing them. The aforementioned experiential environment and image that MGM is trying to achieve at the Mirage are heavily centred around diversity, choice, and inclusion. Therefore, the art replacing the Picassos will consist of new pieces created by artists belonging to minority communities, the LGBTQ community, and female artists.

The unofficial reason is clearly tied with the casino’s former owner and one of the most prolific and disputed figures in Las Vegas’s history, Steve Wynn. After sexual misconduct allegations were brought forth against Wynn several times and The Wall Street journal made the long history of such allegations global news, Wynn lost his leadership position at his own company, Wynn Resorts. Given that MGM Resorts is reforming the company’s image, their association with Wynn naturally conflicts with that goal.

Consequently, it would not be a surprise if they decide to auction the rest of Wynn’s Picasso collection off in the coming months. The priceless paintings generated sufficient funds at the auction to buy more than enough experiential, new age art they are looking to replace them with, so it will be interesting to see what the rest of the collection would fetch if they indeed are put up for auction anytime soon.