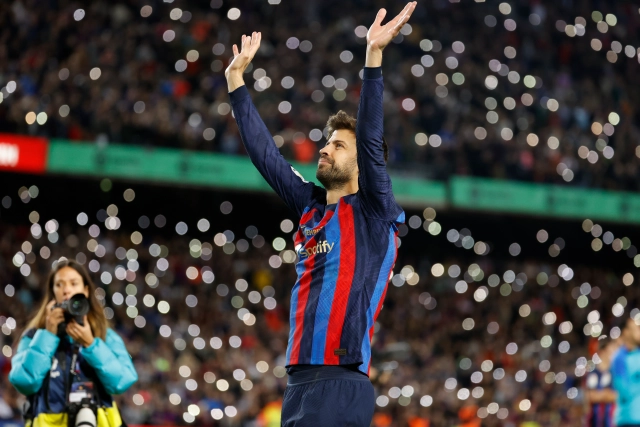 At the age of 35, Gerard Piqué played his last game as a professional footballer: it was in Barcelona’s2-0 victory against Almería, for the Spanish League. Before and after, Camp Nou was thrilled with the last touches of the defender who won 30 titles in the Blaugrana and marked an era, beyond that in recent years he kept the name and was involved in many extra-sporting conflicts, such as his scandalous separation from the singer Shakira

However, hours after having announced his farewell when he still had a current contract with the cast culé, the central organized a “clandestine party” to entertain the entire Barsa squad in a famous dance venue in Catalonia. The information was provided by the chronicler and paparazzi Jordi Martin, who also accessed images of the celebration and were published on the TV programSocialité.

The party took place in an uncomfortable context for the squad: it has just stumbled on the main objective of the season, given that it did not advance to the knockout stages of the Champions League (it will continue its path in the continent’s second-tier competition, the Europa League). However, after the win against Viktoria Plzen, the event took place “when at twelve o’clock at night all the players must be at home and went to this private party”, according to the journalist’s description.

“Piqué has returned to the old ways and has returned to party, at dawn, in Barcelona,” the paparazzi prefaced his report, which also told how the now former footballer managed to empty a place full of people having fun to transform the evening into an exclusive celebration.

According to Martin’s account, the owners of the place informed the attendees that they had to be evacuated because the DJ’s tray had been damaged and they would no longer be able to fix it. “They told us that we did not have to pay for any consumption, that we should leave the place that had broken the DJ’s table,” was one of the testimonies he collected.

“When customers left the premises, who was outside to prepare to enter? The Barcelona players,” the same voice added. After the party, rumors of friction between Piqué and his new partner, Clara Chía Martí, 12 years younger and employee of his company, Kosmos, transcended. The versions grew because he was not present at the Camp Nou at the time of his farewell (yes, inside the field, the children of Gerard and Shakira, Sasha and Milan). Was his absence a gesture to avoid igniting controversy or a sign that there is an incipient crisis?

Martin said the relationship is ongoing. “They’re in a good moment. I have information that they will soon make a trip together,” he said, dismissing the short circuits. Piqué’s retirement and his last role were also linked to the controversy.