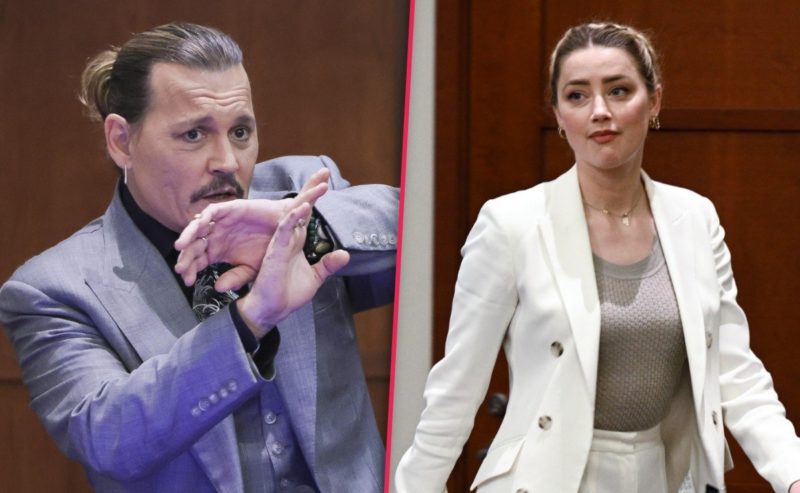 The third week of the trial of Johnny Depp’s lawsuit against Amber Heard is currently taking place. Now, the most recent update in court, ensures that members of the police and a building receptionist, ensure that the actress did not show signs of violence after the fight between the couple.

In 2016 it became known that Johnny Depp and Amber Heard had divorced, after the actor lost his job in companies such as Disney and Warner Bros after the actress’s published words in The Sun newspaper. Just after the actress’s request, the protagonist of ‘Aquaman’ asked the Los Angeles court for a temporary restraining order.

It might interest you: Johnny Depp hoped to have a “proper goodbye” from ‘Pirates of the Caribbean’: “It was too painful”

At that time, Amber Heard said that the protagonist of ‘Pirates of the Caribbean’ had hit her six days before, and had shown a blow to the face. The photographs taken by the actress were made public, and the whole world knew about the case that until now is still in the middle of the trial, in the court of Virginia, in the United States.

Read Also  After a long wait: The electrifying trailer for 'Thor: Love and Thunder' is here

It might interest you: Fans believe that Amber Heard is copying Johnny Depp outfits

This Wednesday, April 27, 2022, the jury of the Fairax County Circuit Court heard the testimonies of the police officers who arrived at the couple’s penthouse, after a fight between the actors was reported. However, none of them said they saw injuries to Amber Heard by Johnny Depp.

Officials on Johnny Depp and Amber Heard’s fight in 2016

The first to testify was officer Tyler Hadden, who went to the building on May 21, 2016, and assured that Amber Heard did not want to give her statement to the police, but did not see any injuries on her body or face: “The fact that I see a woman with red cheeks and eyes does not mean that something happened, “he said after acknowledging that the actress was crying and red.

The officer claims that Johnny Depp was not in the building when the police arrived, and that the rest of the officers did not know who Amber Heard was, much less that she was Depp’s wife at the time. The receptionist of the place, Alejandro Romero, presented his testimony from inside his car: “I’m tired, I don’t want to deal with this case in court. Everyone has problems and I don’t want to deal with this anymore.”

The building employee said he did not remember traces of makeup that night: “I always make eye contact with the residents, but I don’t make eyes at them or stare at them for an hour. I’m not looking for anything, but if I see something I will surely remember it, and I don’t remember seeing anything strange like a blow.”

La Casa de Papel: What we suspected about the friendship of these 2 protagonists