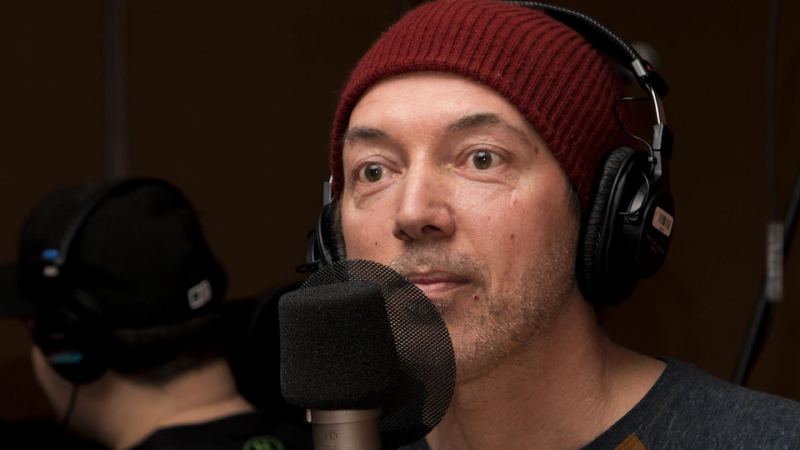 At the end of June, Mr. Roy shared news about his health on his Facebook page. He announced that his tumor was progressing rapidly and that he had largely lost his language skills.

He indicated in his publication that the doctors estimated that he had about two months to live. “I intend to seek medical assistance in dying towards the end of August. I accept this fate as serenely as possible, I was prepared for it for 16 months now. Still, it’s a damn slap,” he said.

Before he died, he dictated a message to his wife Marianne Marquis-Gravel to publish on social networks. He mentioned that he planned to share a last meal with his girlfriend and children, that he would take a last cup of wine in honor of the life he led and that he would listen to a song that is dear to him, before taking his last breath.

During these last minutes, the children will put a hand on my cheeks and Marianne will snuggle her head against my heart. I hope to be fully aware, eyes wide open so I can look at them one last time and smile at them in the mouth., reads Ms. Marquis-Gravel’s Facebook post.

Simon Roy taught literature at Collège Lionel-Groulx, but he was first known for his book Ma vie rouge Kubrick, published in 2014, and winner of the Prix des libraires du Québec that year.

His works will follow Owen Hopkins, Esquire, Fait par un autre and his most recent novel that combines fiction and reality, My end of the world, published last May. The latter offers a reflection on fear based on his experience as well as that of authors Stephen King, Stanley Kubrick and Orson Welles.

His publisher mentions in a statement that his books have sometimes relied on an obsessive analysis of the film The Shining by Stanley Kubrick. He wondered in particular about the possibility of continuing to live when life is marked by tragedy, a theme he evokes in his latest novel where he addresses in a dizzying way his own death.

There is no doubt that the work he leaves us, marked by a profound originality, will have forced us to recognize that stories, inextricably mixing reality and lies, constitute the very substance of our lives., wrote Éditions du Boréal.

His wife, Marianne Marquis-Gravel, who recently wrote her first novel entitled In the light of our ignorance where she deals with her relationship with her lover, shared a moving post on Facebook.

She says that over the past few days, Simon Roy’s condition had deteriorated and he had difficulty standing. He chose to use medical assistance in dying in order to leave lucid and conscious. He left us this afternoon at 3 p.m. at home, in gentleness and in total acceptance. He had been ready for days, but he wanted to be present at my birthday. Pure and hard Simon, until the last breath. He even made jokes until the last seconds, she testified.

Ryan Reynolds contacted T.J. Miller following his criticism of how “edge” he was with him in ‘Deadpool’