18 Fascinating Facts you may not know about Queen Elizabeth II 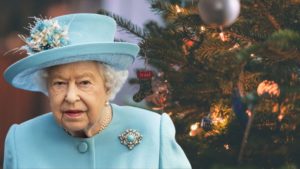 1 / ELIZABETH II AND HER FAMILY – Elizabeth (who should be written Elizabeth in French) Alexandra Mary Windsor was born on April 21, 1926 (at 2:40 am) in London borough of Mayfair. She was the eldest daughter of Albert Frederick Arthur George of York (George VI during his reign between 1936 and 1952) and Elizabeth Bowes-Lyon. She has a younger sister, Margaret, born in 1930 and died in 2002. Elizabeth acceded to the British throne after the death of her father.

2 / ELIZABETH II IN MEMORIES – Elizabeth was born at 17 Bruton Street, in the home of her maternal grandparents, Claude Bowes-Lyon and Cecilia Nina Cavendish-Bentinck, Earl and Countess of Strathmore and Kinghorne. The house (which looked like this) no longer exists, it was destroyed during the Blitz. It is a building that has taken its place, it houses Hakkasan, a gourmet restaurant of Cantonese cuisine (one Michelin star). In 2012, on the occasion of her Diamond Jubilee, two commemorative plaques in honor of the Queen were placed on the wall of the building.

3 / ELIZABETH II AND HER BIRTHDAY – Elizabeth celebrates her birthday twice a year. First, on April 21, she celebrated him in a small committee, with her relatives; on the occasion of Trooping the Colour, which since 1758 marks the official birthday of the British sovereign. Since 1820, the “salute to the colors” has taken place on the second Saturday of June. It was Edward VII who decided to do so simply because in June… the weather is generally fine (he was born in November). The military parade, attended by hundreds of thousands of people (including the royal family, gathered on the balcony of Buckingham Palace), is an opportunity for the Queen to review her troops. During the reign of Elizabeth II, the ceremony was canceled only twice: in 1955 due to the railway strike, in 2020 due to the coronavirus pandemic.

A small exception to the rule: in 2022, the year of the Platinum Jubilee, Trooping The Colour took place on Thursday, June 2, a date coinciding with the anniversary of the Queen’s coronation (June 2, 1953).

4 / ELIZABETH II AND HER TITLE – Elizabeth II, is, “by the grace of God, Queen of the United Kingdom of Great Britain and Northern Ireland and its other kingdoms and territories, head of the Commonwealth, defender of the Faith.” (Rep to that, Daenerys!) The Commonwealth is made up of 54 states and has a population of 2.4 billion.

Read Also  Meghan Markle and Prince Harry’s Romance ‘Started on Instagram’, According to a Royal Author

5 / ELIZABETH II AND THE PRIVILEGES – Elizabeth II does not need a passport to travel around the world. She also doesn’t have a driver’s license and her car can drive without license plates. What for? Because these documents are prepared “in the name of Her Majesty’s Government under the authority of Her Majesty”. In his own name, therefore. The Queen nevertheless learned to drive in 1945 (she was trained by the Auxiliary Territorial Service – the female branch of the British Army during the Second World War) and drives regularly. In 1998, she caused a sensation by taking the wheel of her Land Rover to take Prince Abdullah of Saudi Arabia for a short walk on his Balmoral estate. It is only since 2018 that women have the right to drive in this country.

6 / ELIZABETH II CONNECTED – The Queen is a true geek. She sent her first email on March 26, 1976 during a visit to the Royal Signals and Radar Establishment, a telecommunications research center, using the ARPANET system (developed by the military), the ancestor of our Internet. Peter T. Kirstein, who helped her send her message, chose HME2 (for “Her Majesty, Elizabeth II”) as his username. She joined Twitter in 2009 (@royalfamily) but waited until October 2014 to tweet on her own, Facebook in 2010 (@TheBritishMonarchy) and Instagram in 2019 (@theroyalfamily).

7 / ELIZABETH II WITHOUT MODERATION – Like her mother and sister, Elizabeth II loves alcohol, which she consumes in relative moderation… Several years ago, one of her cousins, Margaret Rhodes (who died in 2016) explained the Queen’s routine: a glass of gin and Dubonnet (2/3, 1/3) with a slice of lemon (which she will have been given the seeds) and a lot of ice cream at the aperitif, a glass of wine at lunch, Martini dry and a glass of champagne (or two) before going to bed. No, that is not reasonable.

8 / ELIZABETH II UNTOUCHABLE – The Queen cannot be prosecuted, either civil or criminal, but “the Queen shall ensure that all her activities in her personal capacity are carried out in strict compliance with the law.” Whew.

9 / ELIZABETH II QUEEN OF FICTION – Many actresses have played Elizabeth II whether in film, television or theater, in dramas, biopics or comedies. For example, we can mention the French Huguette Funfrock who lent her features in Good Kisses of Hong Kong (with the Charlots), Jeannette Charles in Is there a cop to save the queen? and Austin Powers in Goldmember, Claire Foy, and Olivia Colman in the series The Crown (while waiting for Imelda Staunton). Helen Mirren has played the Queen twice: in the film The Queen (Academy Award for Best Actress in 2007) and in the play The Audience, both written by Peter Morgan (to whom we owe The Crown).

10/ ELIZABETH II VIP – 40th monarch since William the Conqueror, the sixth woman on the British throne (after Mary I, Elizabeth I, Mary II, Anne, and Victoria), Elizabeth II has reigned since February 6, 1952 (she was crowned on June 2, 1953), a record 68 years for a sovereign. It has “worn out” 15 prime ministers (from Winston Churchill to Boris Johnson) and known 14 American presidents (from Harry S. Truman to Joe Biden), 10 French presidents (from Vincent Auriol to Emmanuel Macron), and 7 popes (from Pius XII to Francis).

11 / ELIZABETH II FLY ME TO THE MOON – There is a message from the Queen on the Moon. In 1969, astronauts from the Apollo 11 mission deposited a small silicon disk containing “messages of goodwill” from some 73 heads of state. Including Elizabeth II: “On behalf of the British people, I salute the skill and courage that led man to the Moon. May this enterprise increase the knowledge and well-being of humanity,” she wrote.

12 / ELIZABETH II AND COQUETRY – Elizabeth II wear nail polish but not a flashy color. She swears by Essie’s Ballet Slippers, a nude hue.

13 / ELIZABETH II, SEER – The Queen is known to wear very colorful outfits. For personal taste? Perhaps, but it’s also a good way for her security service to spot her in the blink of an eye wherever she is.

14 / ELIZABETH II THE MATTER IS IN THE BAG – No queen without a bag. Not only does Elizabeth II have an incredible collection of them, but she also uses them to convey messages to her staff: if, during a conversation, she passes it on the right side, it is to tell them that she is ready to put an end to it; if she puts it on the ground, it is to ask them to “rid” her interlocutor; during dinner, if she puts it on the table, it is because she wants to leave the place within five minutes…

15 / ELIZABETH II AND THE BEASTS – The queen loves animals, especially horses and dogs (corgis and dorgis, a cross between corgis and dachshund), and, royal prerogative obliges (according to a law dating from 1324), she also owns dolphins, whales, porpoises and sturgeon swimming in the oceans of the Kingdom and she is incidentally the owner of the swans of the Thames.

16 / ELIZABETH II AND HER NICKNAMES – She has lots of little nicknames. When she was a child, Elisabeth called herself “Tillabet” and then her relatives nicknamed her “Lilibet”. Her husband, Prince Philip, nicknamed her “cabbage” or… “sausage”. His family calls him “Mama”. As a child, William had trouble saying “granny” (“granny”), she became “Gary”. For his children, the sovereign is “gan-gan”.

17 / ELIZABETH II AND POETRY – The Queen has her own poet. It was officially worn for the first time in 1668 by John Dryden, under Charles II. Only one woman held this role, Carol Ann Duffy, from 2009 to 2019. Simon Armitage (Elizabeth II’s sixth poet) succeeded him. Originally, one was a royal poet until his death – since Andrew Motion in 1999, the term is ten years.