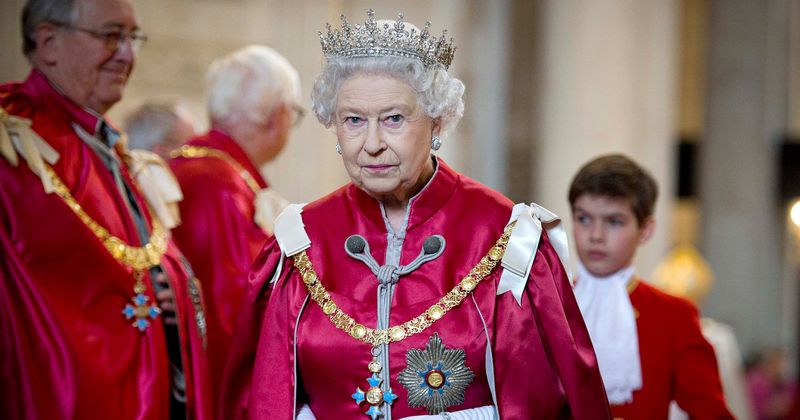 Lisa Levinson, head of communications for the Natural Diamond Council, told Metro.co.uk on Tuesday that it was “unlikely” that the “humble” British monarch would be adorned with heavy, lavish jewelry in her coffin.

The expert said Her Majesty, who died aged 96 at her Balmoral home on September 8, will be buried wearing only her “simple” Welsh gold wedding band and a “pair of pearl earrings”.

Lisa added that the royal engagement ring – encrusted with diamonds taken from a tiara owned by Alice of Battenberg, the mother of the queen’s former husband, Prince Philip – is likely to be given to her daughter, princess Anne.

“Her Majesty was an incredibly humble woman at heart who is unlikely to be dressed in anything more than her simple gold Welsh wedding band and a pair of pearl earrings,” Levinson said.

It added that most of the monarch’s life “has always been centered around the legacy of the royal family, in the UK and in the Commonwealth” and that that tradition of humility will continue at her burial.

The queen’s private jewelry collection has some 300 pieces, including 98 brooches, 34 pairs of earrings, and 15 rings.

When not worn by the monarch, they are kept in the Queen’s Gallery at Buckingham Palace.

The official Crown Jewels are kept in the Tower of London, and the collection, which dates back to the 17th century, consists of more than 23,000 diamonds, sapphires, and rubies.

Princess Anne Just Made History During Vigil of Queen’s Coffin