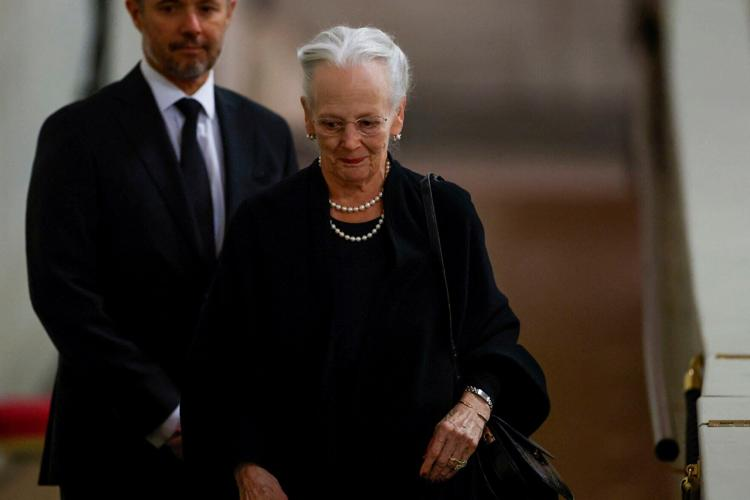 Just one day after returning from London, where she attended the funeral of Elizabeth II along with many other members of European royalty, Queen Margaret of Denmark has tested positive for coronavirus. The Danish royal house has issued a statement to publicize the news, as well as to confirm that the sovereign has had to suspend her presence in various institutional events linked to her celebrations for her 50 years on the throne.

In the note issued by the palace, there is no direct reference to the monarch’s state of health, since it is simply communicated that the crown prince, Federico, and Princess Mary will preside over the act that, this Friday, will bring together the government, the members of the Danish parliament and the country’s MEPs at Christianborg Palace. “Her Majesty the Queen tested positive for Covid last night and she is now at Fredensborg Palace. Her activities for this week have been cancelled,” the document reads.

It must be remembered that the sovereign also attended the reception that Carlos III offered to the heads of state and government, as well as other foreign dignitaries, last Sunday and in the company of her eldest son, from whom she practically did not separate. At the moment, the heir to the throne has not been affected by this unexpected circumstance. Already on Monday, Margarita sat in the first row of the area of ​​​​Westminster Abbey reserved for members of other royal houses, very close to Beatrice of the Netherlands and Carl Gustav of Sweden, both of advanced age. The King and Queen of Spain, Felipe VI and Doña Letizia, were located immediately behind.

This is the second time Margaret of Denmark has had to deal with the coronavirus. Last February she suffered her first infection, which only led to mild symptoms and less than a week of medical leave. She will have to wait a reasonable time to be able to assess the consequences of this new contagion and its possible spread among other prominent aristocrats of the old continent.