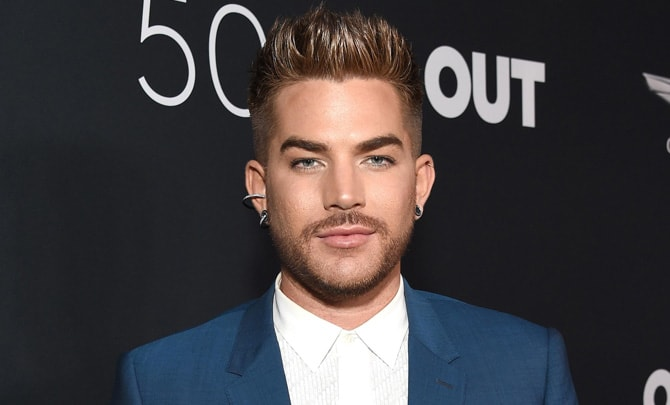 The British rock band Queen is currently touring Europe with their “Rhapsody Arena Tour”. In Germany, the cult rockers made stops in Berlin, Cologne, and most recently in Munich. Last Wednesday (June 29) guitarist Brian May (74), drummer Roger Taylor (72), and frontman Adam Lambert (40) played in front of a sold-out Olympic Hall – with hits like “Somebody To Love” or “We Are the Champions” heated up them properly to the audience.

The singer has been on stage for around ten years, and the late rock legend Freddie Mercury (1946-1991) used to hold the microphone in his hand. “I like to think of myself as a guest of Brian May and Roger Taylor,” Lambert describes his role in the band. The native Americans met before the concert in Munich for a conversation with the news agency spot on news. He doesn’t want to compete with Mercury, “he’s irreplaceable”. But in very specific moments, the former rock legend is particularly close to him, as Lambert has revealed.

They have found a good way of dealing with Freddie Mercury’s legacy. How would you describe your role in the band?

Adam Lambert: I like to consider myself a guest of Brian May and Roger Taylor. Of course, the songs we play are Queen’s songs – and they have their history and legacy. It’s exciting to feel that power in the audience. Because everyone knows every word of every song. When they asked me about ten years ago if I would like to work with them, I was immediately enthusiastic and said yes. I hung up and thought, “Oh my god.”

Did you respect the task?

Lambert: The pressure is great. You can’t compete with Freddie Mercury, he’s irreplaceable. I don’t think there is anyone like him again. But that doesn’t mean the music shouldn’t be played by the other band members. They give their all on stage and are great entertainers and musicians. They want to perform and play their music, but they need a singer to do it. I’m kind of a service provider for them and the audience. I try to convey that to people and encourage them to sing with me.

So do you tend to take a back seat?

Lambert: It’s not about my ego, it’s about the music and the band. I feel like there are certain things that are expected of a frontman. And as you know, Freddie was very good at it. He was present, funny and powerful. So I can’t be lazy. I have to show off, fluff myself up and be as strong as I possibly can. That’s part of my job.

Speaking of Freddie, what would he say about your performances?

Lambert: I don’t know, but I hope he would like them. I think of him often. I always put my stage outfits together myself. In those moments I sometimes ask myself: “What would Freddie say about that, would he like it?” I try to capture him without imitating him as a singer. Brian and Roger think he would love it.

Do you feel like Freddie is with you in any way?

Lambert: Yes. There are moments when I get goosebumps and it just feels surreal. The show also features Freddie on the big screen and his voice can be heard. It’s amazing what it does to audiences. Viewers carry Freddie in their hearts. That’s how someone’s spirit stays. It’s the memory that people have of him – including Brian and Roger. When they sing the songs and see him on screen, feelings come up. It’s really nice to be a part of it.

There is an age difference of about 30 years between you and your fellow Queens. To what extent do you inspire each other or learn from each other?

Lambert: I learned a lot from Roger and Brian. You’ve been around a lot, seen so much. Both are also incredibly intelligent, and very well-read. So it’s always nice to chat with them about the world and politics. I’m from America and Brian and Roger are from the UK. We regularly talk about cultural differences, I also like to talk about pop culture and social issues. Personally, I care deeply about the LGBTQ-Plus movement. I’ve witnessed a wave of change in the US music industry in recent years. Brian and Roger are also very approachable. Freddie was part of the band and open to them about his lifestyle – they love him. It would be interesting to know how Freddie would fare in this day and age.

Have you ever thought about how much longer you want to tour with Queen?

Lambert: No. I didn’t think it would take that long either. The fact that ten years later we’re still touring is very surprising to me. But the audience is fantastic and Brian and Roger are great. It feels like family, we have a lot of fun and laugh a lot. I can also dress up like a rock’n’roll clown. However, the shows are a challenge for me vocally, it’s no walk in the park. But when you’ve accomplished something difficult, you give yourself a pat on the back. It makes me feel like I have a purpose. It also financed a house (laughs).