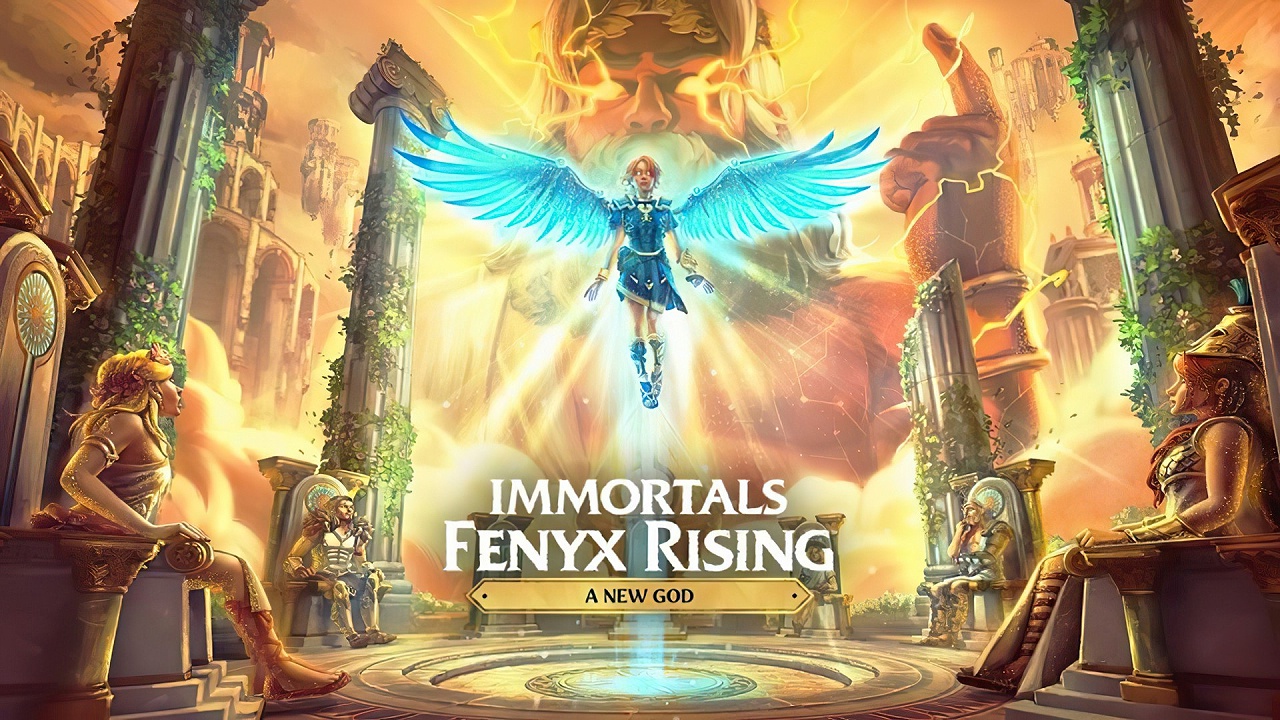 Immortal Fenyx Rising received its first DLC and this one takes place immediately after the events of the game. That means that if you have beaten the campaign, it would be preferable to do so before fully entering this downloadable content, although you do not necessarily have to do so.

The best thing about this DLC is that it does not matter if you played the game before or if you have completed it, because you can access it from the beginning with all the skills unlocked, but only if you do not mind ruining the entire previous story.

But once you are inside this new adventure, you will see that this universe still has a lot to offer outside of the campaign.

The history of the DLC tells us that now that you have managed to save everyone and have proven yourself to be a warrior worthy of the gods, now you must face one more challenge in the form of trials. These are made to test all your skills, whether you have to reach certain places that seem inaccessible or fight against enemies, you will have to circumvent everything in order to become a new god, just as the name of the DLC says.

The scenarios are huge and show you different facets that exploit all the skills you got in the game, that is, you will have to plan, climb, fight and always be alert to everything around you so that you can reach the end of these.

Each test will give you a new item that you can equip and all of them are very eye-catching.

For those who do not want to face such great challenges, the same DLC allows you to choose levels of difficulty independent of the one you have previously chosen in the adventure, so if you want to have a more challenging or calmer experience, you are free to do so.

You can also find very good voice acting and dialogue, with very funny jokes, interactions and comments that accompany you throughout your adventure in the challenges to become a god.

The scenarios, as I said before, are huge and each one feels unique in its kind, but there are times when the objective is not so clear or how it is that you could go through some danger, and that is not a bad thing. On the contrary, it is part of the challenge to have to think about the way to cross a level. But obviously there is something weird here.

It didn’t happen to me many times, but on certain occasions I managed to find a blockage in some areas where it should have crossed without problems, but after trying the same thing several times, for some reason it worked. As I said, it doesn’t always happen and in general everything is well designed, but sometimes this gets confusing when it is the only route you can take.

Besides, during the time you were playing it on PC, there were times where the game would just freeze completely and you had to close the program completely. They weren’t many times either, but enough to have to talk about it.

Miguel Bravo is editor of IGN Latin America. Lover of everything that comes from Japan, video games and good stories. Engineering student in animation and Japanese language. You can follow him on social networks like @ElDetectiveMike

This DLC succeeds in extending the world that was presented to us in Immortals Fenyx Rising and is very accessible to all who decide to play it. Outside of a couple of minor issues, this is a worthwhile adventure.

WandaVision managed to be a success on another platform

OPINION: Salvador Cienfuegos, an arrest that was only a matter of time